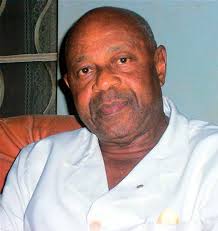 A former Minister of Petroleum Resources, Prof. Tam David-West, has described the response of the Nigerian National Petroleum Corporation (NNPC) to Minister of State (Petroleum), Ibe Kachikwu’s allegation as a relief, saying it confirmed his thinking that the allegations could not have been true.

David-West, who spoke with our reporter in Ibadan, the Oyo State capital yesterday, said he had refrained from commenting on NNPC for many years until he read the corporation’s response to the minister’s allegations.

According to him, Kachikwu’s claims on $25 billion contracts could not have been true, given the strict rules guiding such at the NNPC.

He said: “On reading Kachikwu’s letter, I was flabbergasted that something like that could ever happen. If it is the NNPC that I know, I can’t believe that all those things could have happened. The rules of lifting oil are so strict that when I read his letter, I could not believe my eyes.

“To lift oil within Nigeria, you must be a corporate organisation or a country. If it is a corporate organisation, you must have a minimum of 20 staff and have a refinery. If it is a country, it must also have a refinery. The organisation must also submit audited financial report of three consecutive years and deposit a non-refundable fund of $1.5 million. This sum was originally levied in Naira but we changed it in 1984 when exchange rate was $1.5 to N1. But now, it has been reduced and this has brought more organisations into the business. In fact, about 40 organisations now lift Nigerian oil as if they are buying palm oil.

“With those strict conditions, it baffled me to read what Kachikwu wrote.

“So, I was relieved on reading NNPC’s response. It confirmed that things have not gone so bad as Kachikwu portrayed it in his letter. As a matter of fact, if the content of the letter were true, it would scare players in the oil industry away from Nigeria.

“Some people also said that the Petroleum Industry Bill (PIB) would have prevented that kind of situation if it had been passed. That is not correct. The PIB is not the solution to the problem in the Nigerian oil industry. In fact, if passed the way it is, it can destroy the industry. I have read it. It is not a serious bill. It has only 40 words. If they don’t look at it carefully before passing it, it can destroy the industry.”