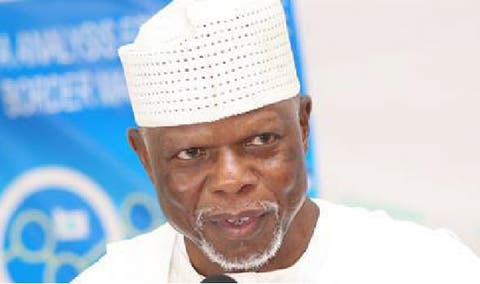 A driver whose vehicle was impounded along with baskets of tomatoes by men of the Nigeria Customs Service in Ijoun, Yewa-North Local Government Area of Ogun State , Olanrewaju Olasupo, has alleged that he bribed officials of the customs with N200,000 before his vehicle was released.

Olasupo said he gave the bribe to one Akin in the Abeokuta command office of the NCS without collecting any receipt.

Some officials of the customs service had on Monday seized some baskets and bags of tomatoes from traders and farmers.

The operatives of the NCS were said to have impounded the goods whose market price was N2,000 per basket and later  auctioned them for N200 per basket. .

Olasupo, who said the traders were his clients, said he was stopped around 8.pm before their goods and the vehicle were seized.

“They did not tell me what the money was meant for; they only said that they would collect N500,000 before they could release my vehicle. But, I begged them till they agreed on N200,000.”

Olasupo said he was   not given any receipt for the N200,000 he paid, adding that he gave the money in cash.

“I can still recognise the officer I gave the money to. His name is Akin and I have his telephone number. I want my money back.”

However, the spokesman for the Joint Border Security exercise, who is also the national PRO, NCS, Joseph Attah, denied the allegation.

Attah said the driver might have fallen into wrong hands, adding that no NCS officer would collect a bribe and give his phone number out.

He said, “All the vehicles that were brought to the Customs House are still there. They have resolved the issue; even the few ones that were auctioned with receipts  indicated that the payment was made to the federation  account.”

Attempts to get the state PRO failed as he refused to pick his calls and had yet to answer the messages sent to his phone.

During a conference call initiated by Attah with our correspondent and Maiwadah earlier, the joint border spokesman asked the state PRO  if he was aware of the allegation and Akin.

In his reply, Maiwadah  said, “I  am on my way to Abeokuta from Idi-Iroko, I will  go to the office and confirm if there is any officer named Akin.”