A Nigerian woman known as Nneka Anyachebelu took to Facebook to celebrate her only son who turned 18 yesterday, June 24.  In the post she talked about her trails and tribulations concerning her son who suffered from autism. Read the post below.

“I PRAYED FOR HIM TO DIE. Dont judge me, wait untill you hear me out.#‎Dilemma‬#Myonlyson#Autism#nohope#prayernotanswered#gaveupthefight# He was a healthy awesome child when I had him but by age 2 we noticed there was something wrong. There was no eye contact, he could not talk, didnt understand instructions, and so many other bad vibes.

That was when my nightmare started. I ran from pillar to post seeking solution. In some places they said he was partially deaf at others they said it was Autism. Up untill then I never heard the word Autism. The information I got about it was frightening and I saw those signs clearly in my son.

My life stood still. No school would take him in as he couldnt settle. Finally and luckily an Indian lady with a nursery school took him in, but my heart broke the Day I went to pick him up from school and asked her politely how he was doing. Her response was i don’t know what to do with him. Am just a teacher not a psychiatrist. I c 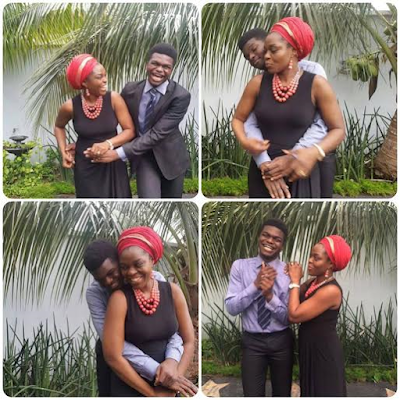 ried all the way home. Thoughts bombarded my mind. Worst of all there was no answer to the tormenting thoughts.

An only son, Autism, was it generational? Or the devil? No answer! Up untill then I was having a swell time living my life to the fullest.. But with this dilemma I crawled to God .I attended every Christian gathering, crusade, vigils; just name it. I prayed; prayed , cried, fasted , sowed seeds but nothing happened. The years went by and it seemingly got worst.
People were begining to notice there was a problem I couldnt hide it any more. (By the way, dont try hidding your shame if God doesnt hide it you can’t hide it)
My husband was tired. My mother who was perpetually encouraging me was tired, I was tired, exhausted and tired of casting, binding, fighting and faithing, so I prayed for Him to die so I could move on with my life.
(I wanted a short cut)

He didn’t die instead he grew. Seeing God wasn’t ready to take him I went back to God again in prayer, I repented and continued from where I stopped .Running from pillar to post, church to church.
At one church I was told to go on one week dry fast with consistent midnight prayers. At midnight when I came down to pray I was usually afraid. One night as I came down for the prayer routine, I heard a voice say to me how can you be praying and afraid. You are afraid because you do not know the God you are praying to.

At that point I packed up and went on a quest to know this GOD!I stayed alone for 2weeks with only one prayer point. ( God if you are real let me know you.). I spent more time within those weeks studying the Word of God , and through the pages of the Bible I came to know this GOD. After that 2weeks of word immersion I had peace like I never had since the ordeal started. The burden for my son to speak or get normal left me. I was just at peace with God and the World.
About 3weeks later we travelled to England on Holiday. We were in a shop on Oxford street when my son that had never spoken came to me tapped me and asked me a question.

His first words to me were where is kamsy? He was asking for His older sister.
That was how my son started talking. One thing led to another; he started doing things he couldnt do and like magic caught up with his age mates.
It was like Magic! No Miracle.! Today I celebrate God as He turns 18.
There is nothing we dont talk about now. From His school work to the Girls that likes him and the ones He likes, lol.. Sometimes I even scold him that he talks too much, correcting him that as a gentleman he shouldnt talk much. How we so quickly forget…smh…

I cant thank God enough for him. Through my trial with him, I was reconnected back to God, I found my purpose in Life, and my ministry was birthed.(That is another story for another Day). I encourage you today in your own trial to fight on. No short cut.
God has not disappeared, take your eyes off your problem (if you can) Seek Him and He will do the needful plus much more m still praying… During my prayers today