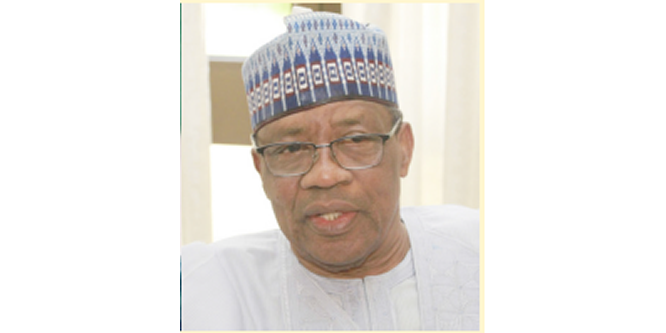 Babangida, who spoke in Hausa Language in Minna, yesterday, when the candidate of the PDP for the Niger B Senatorial district, Ibrahim Ishaku (SAN), visited him at his Hilltop home, said that the ruling All Progressives Congress (APC) was behaving as if it was under a curse, with crisis all over the party. He argued that the APC crisis could pave the way for a massive victory for the PDP in the elections.

Babangida said, “The APC, as a political party, appears to have entangled itself into wobbling traps as if it was under a curse. All that the opposition (PDP) needed to do is to stream up more efforts on working on the electorate to have a landslide victory in next year’s election.”
He also predicted that the 2019 senatorial election in Niger East (zone ‘B’) would be a walk over against the crisis-ridden APC.

According to him: “The APC, in all three tiers of government, is still embroiled in debilitating crises that is threatening to completely bring down the party and in next year’s general elections, all that is required by PDP is to step up efforts with fervent prayers to emerge victorious”.

He expressed optimism that Ibrahim Ishaku from Kuta in Shiroro Local Government Area, the first in Niger State to be so capped as Senior Advocate of Nigeria, would fill the gap the people of the zone has missed in recent past years.

Earlier, Ishaku had told the former Military President that his visit was to seek for his blessings and endorsement ahead of the flag-off of his electioneering campaigns and the general elections coming up next year.

While introducing members of his campaign organization, Ishaku told Babangida that his campaign team was made up of veteran technocrats, administrators, media practitioners, youth leaders and opinion molders who were carefully picked for the job.