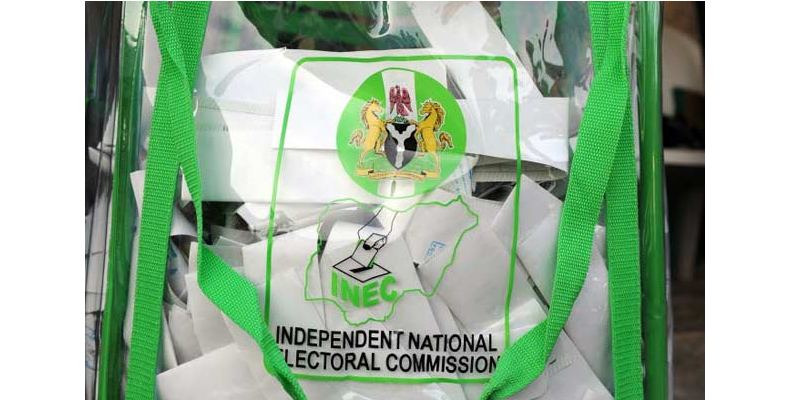 The Independent National Electoral Commission (INEC) yesterday displayed names and qualifications of candidates of political parties running for the 2019 governorship election with Senator Hope Uzodimma listed as the Imo state candidate of the All Progressive Congress (APC). This was after an initial list that showed that the ruling party had no candidate.

The INEC list shows that Lagos has 41 governorship candidates across political parties while 589 candidates of different parties are vying for the 40 seats in the Lagos State House of Assembly. INEC however insists that the APC has no candidate in Zamfara State as names of the APC candidates were missing in the list displayed at the INEC Secretariat in Gusau. Speaking with newsmen in Gusau, the National Commissioner in charge of Sokoto, Kebbi and Zamfara, Amina Zakari, said the commission had not received a list of APC candidates. “I think, it has been said several times that the APC didn’t have candidates in the state, so we have not received their candidates. This issue is in court and if court asks us to go ahead and receive their list, we will certainly receive their names”.

In Imo, INEC had earlier displayed a provisional list of governorship candidates of 67 registered political parties for the Imo governorship election with the APC candidate conspicuously missing. But in a u-turn, the name of Uzodimma, was later pasted at the INEC office along Port Harcourt road in Owerri, with Akaolisa Cyprain Okechukwu, as his running mate. The U-turn ensued after about after 10 hours that INEC had pasted governorship names of other political parties, excluding that of the APC

However, the immediate past Chief of Staff and a governorship aspirant in the state, Chief Uche Nwosu, insisted that he is the candidate referring to a subsisting court order restraining the commission from accepting any other name as candidate of APC in Imo state except that of Uche Nwosu. Nwosu blamed the earlier exclusion of APC from the list on the National Chairman of the party, Adams Oshiomhole, whom he accused of impunity that may undermine the overall chances of the party at the general elections. Commending President Muhammadu Buhari for promoting internal democracy, he described the decision of the Oshiomhole to substitute the names of those that won the primary elections with names of those that didn’t as undemocratic. According to Nwosu, “I don’t know why Oshiomhole should insist on changing the name of people that won primary elections with that of those that never won. In my own case, I won the governorship primary, I have Police report, DSS report and INEC report affirming my elections as the APC governorship candidate in Imo.” Nwosu, however, expressed confidence in the court and optimism that he will reclaim his mandate. There were no surprises in Ogun as the list showed Prince Dapo Abiodun (Governor) and Chief Olabode Mustapha as his running mate.

For the Democratic People’s Party (DPP), it is Chief Kunle Elegbede and Kazeem Olatunji Wasee. In Kwara, the commission cleared 32 candidates across parties for the Kwara gubernatorial race According to information provided by the electoral umpire in Ilorin, the state capital, three of the candidates are female. Missing on the list was the name of Alhaji Kayode Omotoshe, the gubernatorial candidate picked by the factional All Progressive Congress that is recognised by the court. On the list, the APC has Abdulrahman Abdulrasak, Peoples Democratic Party (PDP) submitted Razak Atunwa, while Labour Party has Comrade Issa Aremu.

The Director voter Education, Jacob Ayanda, said the political parties have window of opportunities to change or replace names on or before December 1, this year. In Rivers, INEC listed Architect Tonye Patrick Cole as the governorship candidate of the APC, foreclosing the choice of Sen. Magnus Ngei Abe. The Rivers State chapter of APC had been locking horns over the candidate that flies its banner in the 2019 governorship election with both Cole and Abe having pending court cases to decide who gets victorious. While the primary conducted by the Rivers chapter of the PDP produced Governor Nyesom Wike as the governorship candidate, Rivers APC produced two separate primaries, which produced Cole and Abe. But INEC yesterday listed Cole as the party’s governorship candidate alongside Victor Giadom, as running mate, just as it listed Wike as PDP governorship candidate and his deputy, Dr. Ipalebo Harry Banigo as running mate. According to the document released by INEC, Cole wrote his West African Examination Council, WAEC in 1983 and graduated from the University of Lagos in 1990 from the Faculty of Environmental Science where bagged a bachelor’s degree in Environmental Studies and Bachelor of Architecture.

INEC also disclosed that he did his compulsory National Youth Service Corps (NYSC) programme in Osun State from May 3, 1993 to May 2, 1994 with certificate no: A22990. A few days ago, when APC national publicity secretary, Mallam Lanre Issa-Onilu, noted that the Supreme Court judgement that annulled the congresses that later produced Cole as governorship candidate has nothing to do with the governorship primaries and legislative positions in the state, Abe described his comments as “clearly ill-advised and unfortunate.” Abe in a statement said it was “most unfortunate that Mallam Issa-Onilu has taken sides with a faction of the APC in Rivers State that is engaged in a needless battle of supremacy with the Nigerian Judiciary.”