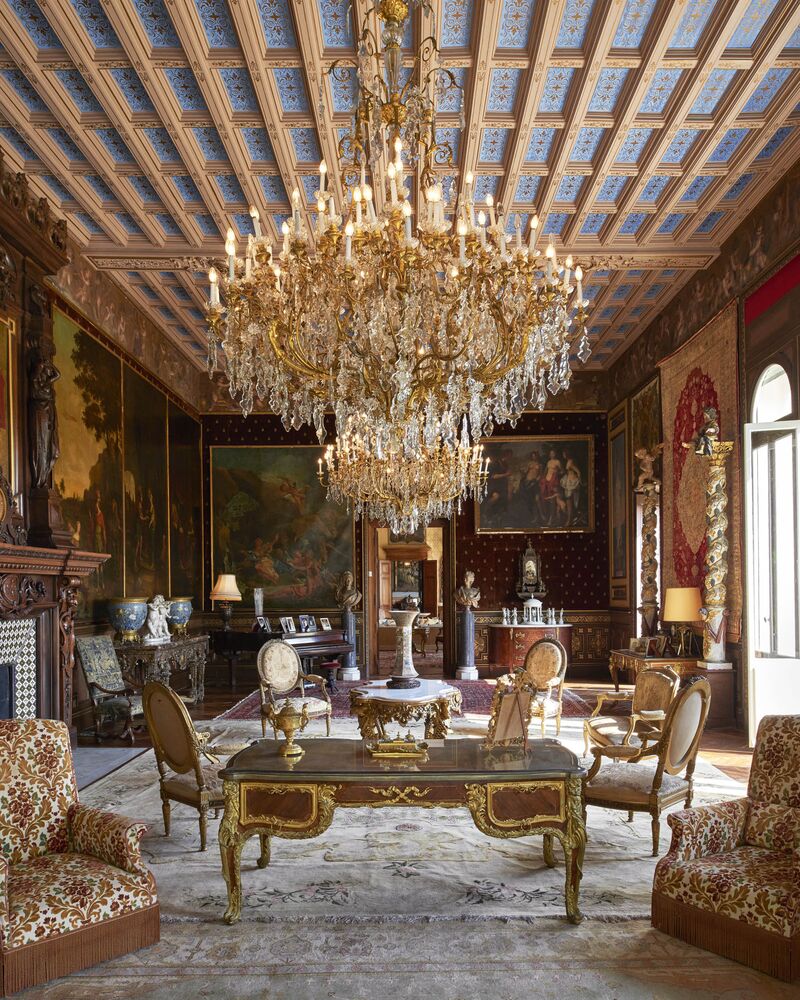 Look Inside the Most Expensive House on Earth

An exclusive tour of Villa Les Cèdres, a 187-year-old mansion now for sale along the coast of Saint-Jean-Cap-Ferrat.
By
Thomas Buckley

The South of France has been home to a revolving door of the superrich for the past century. As their fates rose, industrialists, princes, and bankers built palaces along the Mediterranean, and as they fell—first the Russian aristocracy, Americans after the 1929 stock market crash, then much of the European upper class after World War II—they sold them to the world’s next crop of newly wealthy.

Now the owner of Villa Les Cèdres, a 187-year-old, 18,000-square-foot, 14-bedroom mansion set on 35 acres, hopes that its property will be the next to pass from old money to new. With a list price of €350 million ($410 million), the owner, the Italian distiller Davide Campari-Milano SpA, is betting that the house’s combination of history, luxury, and a prime location along the coast of Saint-Jean-Cap-Ferrat will be enough to make it the most expensive residential sale in history.

Les Cèdres was built in 1830 and bought in 1850 by the mayor of Villefranche-sur-Mer, when it operated as an olive tree farm. (There are olive trees more than 300 years old on the grounds.) The mayor’s descendants sold the property to the Belgian King Leopold II in 1904, who, made stupendously rich by his exploitation of mineral resources and rubber trees in the Congo Free State (now the Democratic Republic of Congo), expanded the gardens that still surround the home.

The gates of the villa open to a long, winding path, flanked by towering palms and the cedar trees (cèdres in French) that give the house its name. A bronze statue of Athena, draped with a marble tunic, stands guard at the front entrance. Inside, the vibe is decadent and slightly weathered, consistent with the estate’s Belle Epoque heyday: grand sitting rooms, chandeliers, French doors, and floor-to-ceiling 19th century portraits in ornate frames. A wood-paneled library holds 3,000 books on flora and naturalism, including a 1640 edition of a botanical codex worth several hundred thousand euros. (The furnishings can also be bought with the home.)

In 1924, 15 years after Leopold’s death, Villa Les Cèdres was acquired by the Marnier-Lapostolle family, industrialists best known for producing Grand Marnier liqueur, a blend of cognac and triple sec. For 80 years the family cultivated the exotic plants that fill the manicured grounds. According to chief gardener and conservationist Marc Teissier, it was in the orchards near the home that the family harvested bigarades, the bitter oranges used to flavor Grand Marnier.

Les Cèdres remained in the Marnier-Lapostolle family until 2016, when Campari acquired Société des Produits Marnier Lapostolle (SPML), Grand Marnier’s parent company. Confronted with a piece of property that could be worth 20 percent of its gross 2016 sales, Campari almost immediately put the mansion on the market through the real estate agent Savills.

Previous estimates in the local press of a €1 billion price tag are “absurd rumor and folly,” says Fabio Di Fede, the managing director of SPML since the acquisition and a former Campari executive. But its €350 million listing is likely aspirational as well: The number comes primarily from the amount of land and the size of the home relative to its location. Saint-Jean-Cap-Ferrat is, by real estate agents’ accounts, at least, the most sought-after of the Caps, including Cap d’Antibes and Cap-d’Ail. Microsoft Corp. co-founder Paul Allen owns a neighboring villa, as does composer Andrew Lloyd Webber.

The sale is being handled by a steering committee of five family members from Marnier and Di Fede, who acts as a Campari representative but has no sway on the decision to sell the property to any one buyer.

Who that buyer might be, of course, is anyone’s guess. Its residents, in the meantime, are happy to wax nostalgic about an increasingly distant era: Teissier remembers how Stéphane Marnier-Lapostolle, one of the members of the steering committee, would play with his young daughters, Axelle and Laura, in the villa’s vast, man-made pond, sitting on Amazonian lily pads so large they’d use them as flotation devices. Even in the biggest of home sales, sentimental value still reigns supreme.