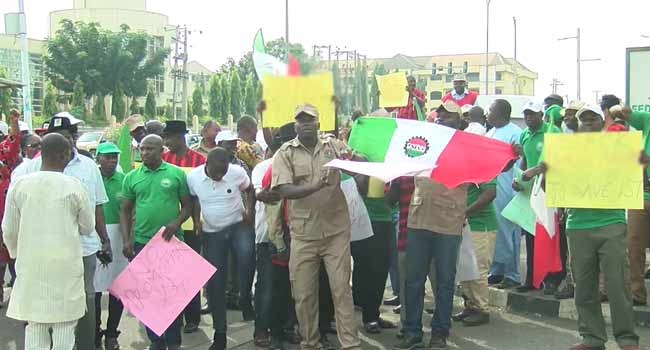 Staff of the Investments and Securities Tribunal (IST) have protested against the alleged poor welfare and mal-administration by the chairman of the institution.

The workers of the IST, which is an agency under the Federal Ministry of Finance, staged the protest on Monday at the ministry in Abuja.

They barricaded the gate of the ministry, carrying placards with various inscriptions demanding the sack of the chairman of the institution.

Some of the concerns raised by the protesters include the failure to promote workers, as well as what they described as ‘reckless’ transfer of members.

After a demonstration which lasted for about two hours, the Director of Home Finance, Olubunmi Siyanbola, addressed the protesters on behalf of the permanent secretary of the ministry.

Siyanbola also assured the workers that the Minister of Finance would investigate the issues raised by them.

The protest is the latest in the series of demonstrations by the workers over an industrial dispute with the management of the Investments and Securities Tribunal.