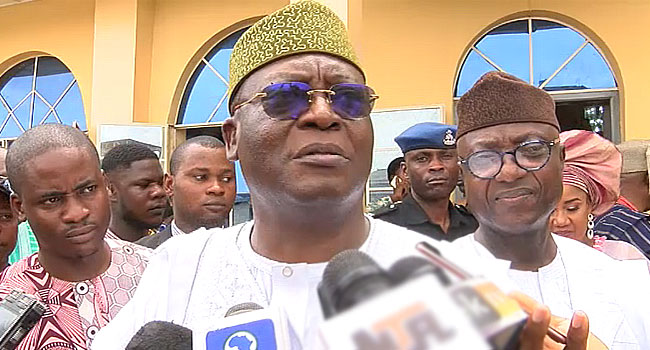 Spokesperson of the Senate, Dayo Adeyeye, has defended the pay packages of members of the Senate, saying that they deserve running costs apart from regular salaries.

According to Adeyeye, members do not enjoy any “Jumbo pay” contrary to popular belief and Nigerians need more enlightenment about the controversial matter.

Speaking to journalists in Ado, the Ekiti State capital he noted that public officers of lower status get adequate running costs for their duties hence, Senators deserve more for the responsibilities on their shoulders.

“Ordinary clerks have running cost in any organization, why should people believe senators are not entitled to running costs and they attribute that as their salaries, calling it Jumbo pay.

“Senators are entitled to running costs as well, apart from the salary. It is this running cost that people call jumbo pay which is not.

“There are over three thousand staff working for the National Assembly, are they not going to be paid? There’s a National Assembly Service Commission fully populated… (But) You just look at a senator and you say they are the ones sharing Nigeria’s money, No,” he said.

“People don’t appreciate the role of the legislator… that is why no matter how much you pay the legislature, they think it is unjustified.

“They think they don’t earn it which is not the case. But I know that with time, when we begin to engage the Nigerian public and bring them to full Knowledge of the roles of the legislature they will begin to see why the legislators should be given the enablement to perform their roles