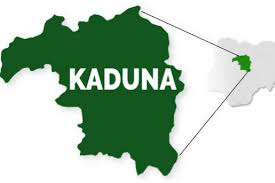 Kaduna State Deputy Governor, Yusuf Bala Bantex, has accused Pastors in the state of fuelling the crisis by “spreading hate, encouraging violence and undermining the security efforts in the State”.

In a statement on behalf of those he referred to as “Christian leaders serving in the Kaduna State Government,” Bantex said, “We are appalled by the role of certain pastors in spreading hate, encouraging violence and undermining the security efforts in Kaduna State.

” These apostles of hatred do not speak for us, and we condemn the attempt to reduce our religion into a vehicle or a convenient mask for the bloodthirsty to practice their trade of division, violence and destruction. We cannot condone illegal conduct even if it is perpetrated by people with whom we share the same faith.”

Bantex who is from Southern Kaduna also deny insinuations in the state that the murdered Traditional ruler from the area met with the state Governor Malam Nasir El-Rufai before his adoption and subsequent murder.

According to him, “It has saddened and shocked us to watch videos of pastors preaching fiction and needlessly inciting people.

” Apart from creating the impression that the curfew affected only Christian residents of Kaduna, these pastors irresponsibly lied about the circumstances that led to the abduction and murder of HRH Agom Adara, Dr. Maiwada Galadima. Their professed knowledge of the motivations that led to the unfortunate situation around the late monarch should be of interest to the security agencies.

“HRH Agom Adara was not coming from or going to a meeting with the Governor or any official of the Kaduna State Government on the day of his abduction.”

He insisted that “the government and the security agencies tried their best to secure the release of the monarch from the abductors.

“There was no contention or dispute between the Kaduna State Government and the late chief on the issue of chiefdom or emirates. We are not aware of any Islamization agenda, and we urge those who mouth its existence to cease and desist from this despicable bogey man allegation, which also constitutes a most unfair insult to everyone in the leadership of the Kaduna State Government. ”

Bantex said, ” Criminals have inflicted pains and losses on many of our citizens through kidnapping and banditry. This is a security challenge that the state government has been working to resolve. It is most unfortunate and improper to blame the despicable actions of criminals on religion, or insinuate government involvement.

“At least one of the videos to which we refer features the pastor hinting at ties to a party to some of the criminal activity that happened during the Kaduna unrest. It is within the province of the security agencies to interrogate this.

“As political office holders who are also Christians, we welcome the intervention of Christian leaders like the Catholic Archbishop of Kaduna and the Chairman of the Christian Association of Nigeria in Kaduna State in advancing peace.Security issues should not be invested with unnecessary religious colouration. Crime and its consequences imperil everyone!

“We attempt to paint the Kaduna State Government and its leadership in religious garbs must stop. It is a government within which we as Christians proudly serve , and which makes its decisions guided only by the oath of office to which we have all sworn and the constitution.

“Enough is enough of this reckless misuse of the apostolic mandate. Pastors have a mission to promote peace, bring people together, and motivate them to better follow the example of Jesus Christ. The reckless rhetoric from some pastors reminds decent people of the unfortunate involvement of pastors in the 1994 genocide in Rwanda.”