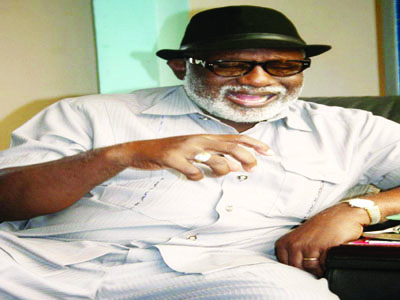 The Malachi Coker-led faction in the Ondo State House of Assembly yesterday called on Governor- elect Rotimi Akeredolu to steer clear of the House’s crisis.
Twelve of the 26 members of the House refuted reports that they were not open to peace and reconciliation.
The lawmakers addressing reporters in Ibadan, the Oyo State capital, said they are peace lovers but insisted that they would not welcome any carrot-and-stick approach.
Present at the briefing were Coker, Felemu Olusegun Gudu, Sunday Araoyinbo Olugbenga, Olamide George, Arowele Samuel, Musa Ayinde, Jamiu Sulaiman Maito, Oleyelogu B, Segun Ajimotokin, Oluyede Olushola, Kazeem Mula and Iroju Ogundeji.
The group’s spokesperson, Ogundeji, said certain conditions must be met for peace to reign.
He said: “It is not possible for an accused to continue to sit on his or her matter in court. The principal officers impeached have been accused of alleged corrupt enrichment.
“Yet, Governor Olusegun Mimiko is insisting that they should continue to preside over House business.
“They must first be asked to step down and prove their innocence before any peace meeting can be called.”
Akeredolu, they claimed, has since been pressuring them to meet Mimiko for reconciliation.
They accused the governor-elect of undue interference in legislative activities and cautioned against anarchy in the state.
The lawmakers berated the impeached Speaker, Ms Jumoke Akindele and other principal officers for refusing to prove their innocence.
They wondered why the governor-elect insisted they meet Mimiko, when the issue was a parliamentary matter.
“We know that Akeredolu and Mimiko are friends. We, therefore, use this medium to call on the governor-elect to steer clear of this matter.
“The issue is a parliamentary matter. It is a legislative matter devoid of executive interference and this is what we are saying.
“What this means is that when Akeredolu takes over as governor, he will meddle in the affairs of the House.
“We are, therefore, calling on him to steer clear of the activities of the legislature and he should steer clear from the crisis because it is not political.
“The crisis is about fraud. It’s all about corruption. And we abhor corruption. Ondo people abhor corruption. None of the leaders have come up to say the allegations are false.
“We are ready for peace and we are again calling on Mimiko to come out straight on this matter.”