Lagos state has been voted the eighth most dangerous megacity for women to live in. This is according to a Thompson Reuters survey carried out recently. Cairo, capital of Egypt, was rated the world’s most dangerous megacity for women. The poll which sought the opinion from some 380 experts in women’s issues, was conducted in 19 of the world’s biggest megacities between June and July 2017. The cities were ranked based on four major factors – sexual violence, access to healthcare, cultural practices, and economic opportunities. 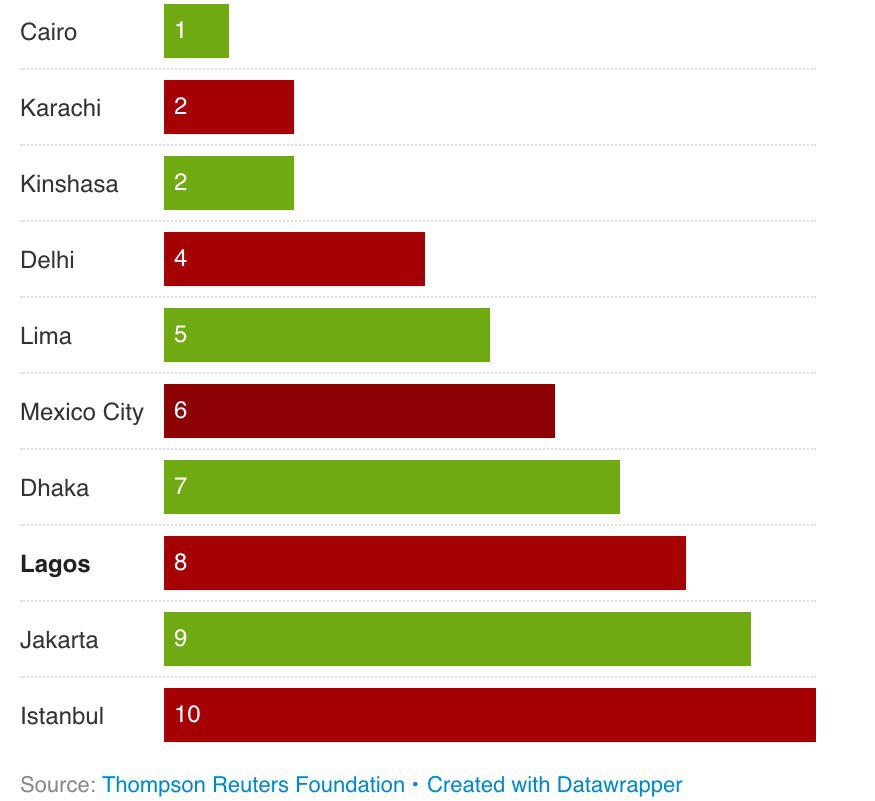