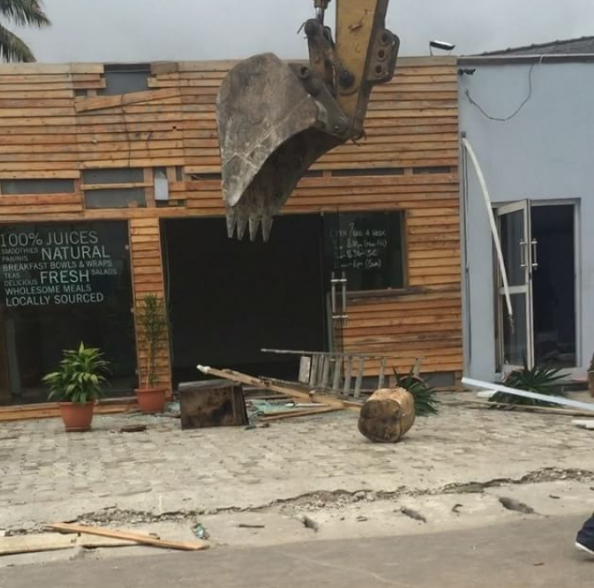 Some shops were destroyed at Rumens road, Ikoyi by the Lagos State Government today, because the Landlord of the building allegedly failed to pay a 40 million naira permit. ….

The officials responsible for the demolition stated the Landlord was warned, but he failed to inform tenants. Narrating what happened, IG user maki.oh wrote,
“This is my country. This is Nigeria. @akinwunmiambode @lagosstategovt Who protects the small businesses trying to do HONEST work in this disgustingly corrupt nation? With no warning, @nulijuice and all the shops on this strip were bulldozed down because the landlord apparently did not pay a 40 million Naira permit.
The tenants found out about this this morning and 1 hr later their sweat and blood was turned rubble. No warning! How can this nation ever be great? We need to start a conversation about this mess. Who is next

What has this nation ever done for SME’s like us? Absolutely nothing but frustrate our efforts. But during your political campaigns you proudly advertise Maki Oh as one of the nation’s exports. You have done nothing for us!!! How can we be great? This is not a country.”
More photos and a video of the demolition below… 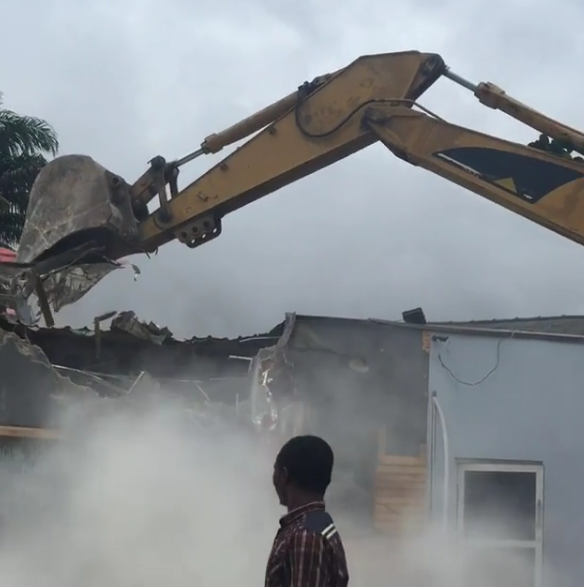 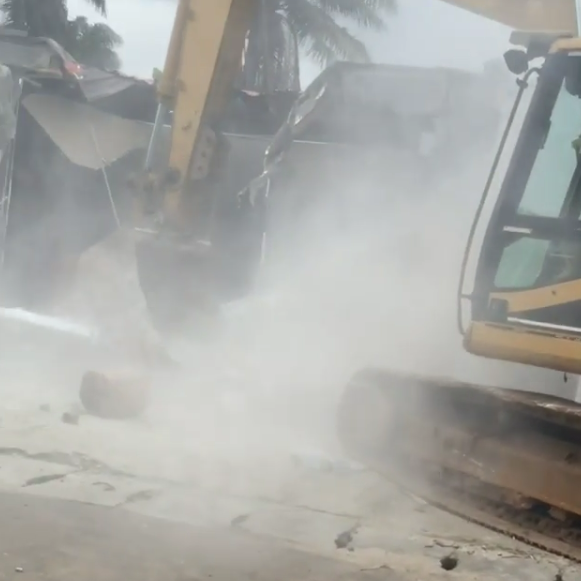