Lawyers in Cross River State have resolved to boycott the swearing-in of Hon Justice Eyo Effiom Ita as the Acting Chief Judge of the State.

The Secretary, Nigeria Bar Association, Calabar Branch, Effiom Ayi disclosed this in a statement made available to DAILY POST, regretting the appointment of an acting Chief Judge for the third time.

He condemned the non appointment of the substantive Chief Judge of the State, noting that since the expiration of the Acting Chief Judge, Justice Maurice Eneji in 2nd September 2020, no other person has so far been appointed.

“Upon getting notice of the protest organized by the Concerned Lawyers in Cross River State against tomorrow, his Excellency the executive governor of CRS has quickly acceded to one arm of our demands by slating the swearing in of ANOTHER Acting Chief Judge for 8am today (Monday).

“We are neither moved nor deceived by this Greek gift. We are not persuaded by it. It is just another ploy to run away from doing the right thing and put the Judiciary and indeed the State in another situation of uncertainty.

“To that end, we shall proceed with our planned protest, until all our other demands are met. We are not deterred and remain unshaken in our resolve that the right thing be done. Cross River State deserves a substantive Chief Judge and that is the only practical solution to this quagmire,” he stated.

The Special Adviser on Media and Publicity to Governor Ben Ayade, Christian Ita in a Press Release on Sunday said, “In the exercise of his powers under section 271 (4) of the 1999 Constitution of the Federal Republic of Nigeria (as amended), His Excellency, Professor Ben Ayade will Monday, October 19th, 2020, swear-in a new acting Chief Judge of the state.

This follows the recommendation of the National Judicial Council (NJC).

“The event will take place at the Executive Council Chamber of the Governor’s Office, Calabar at 8am. All are to be seated before the arrival of the governor.” 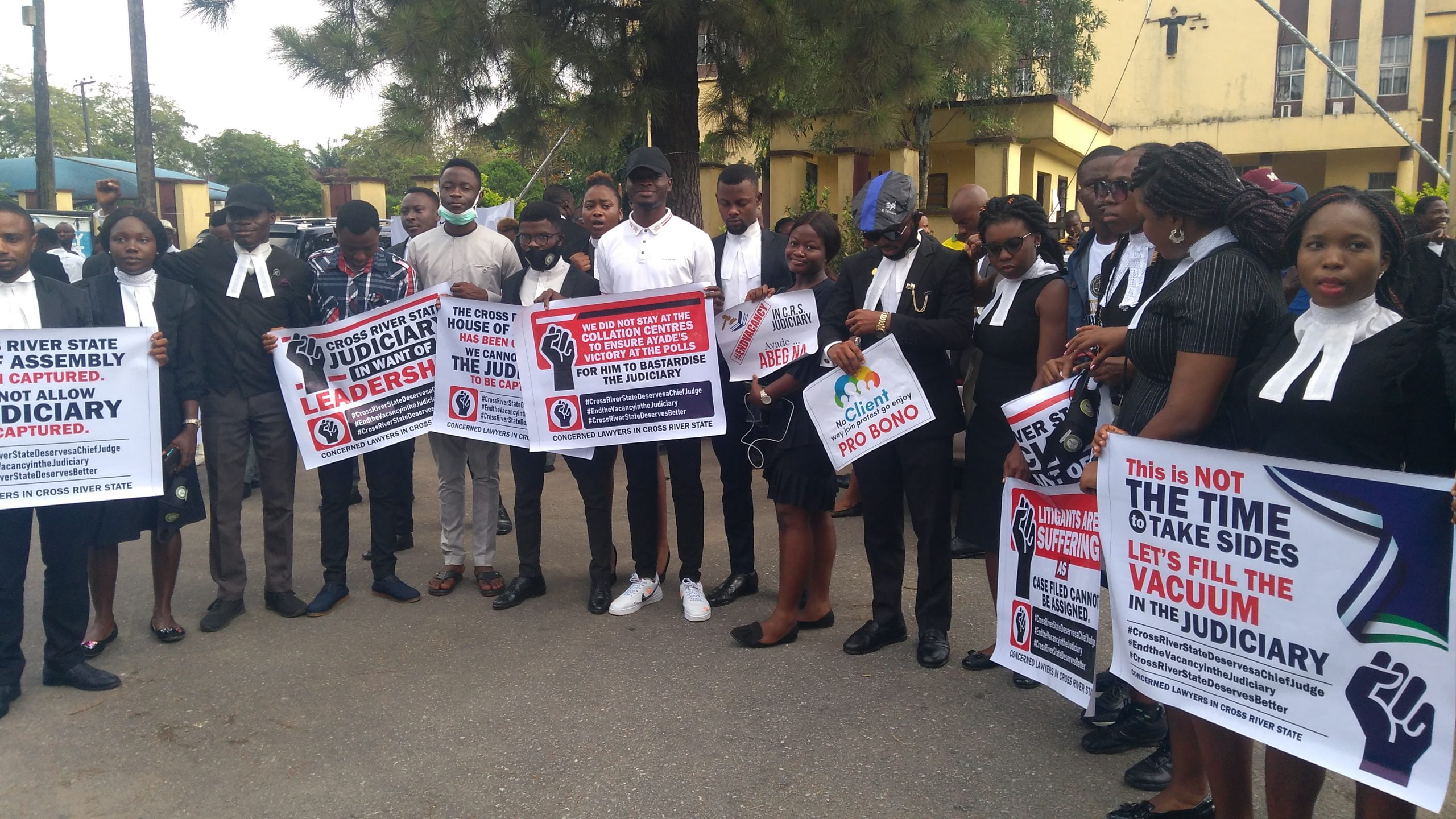 Reacting, a Senior Advocate of Nigeria (SAN), Ntufam Mba Ukweni said “I wasn’t preview to the planned protest but I am not against it because I think the young lawyers feel that we the elders have not taken drastic measure to address the issues in the Judiciary in Cross River State, so they decided to embark on a protest

“I am going to appoint an acting Chief Judge tomorrow, that is what to my mind is what might has led to this emergency swearing in of Justice Hon Eyo Effiom Ita who actually is the third most senior Judge in the State, in an active capacity again.”

Ntufam Ukweni noted that by so doing, the Governor still contravened the NJC recommendation.