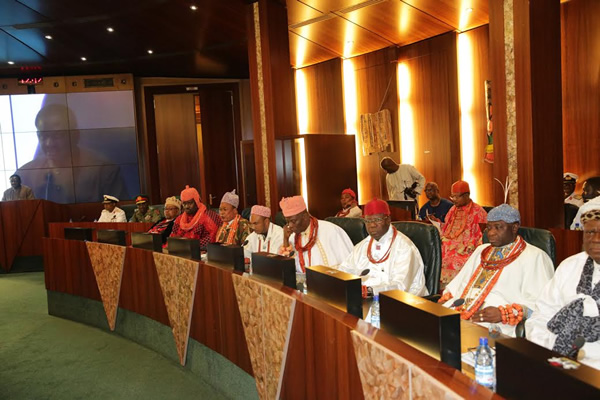 President Muhammadu Buhari on Tuesday said any Nigerian who has another country to relocate to are free to do so.

On his part, he said he would stay back to solve the nation’s position.

According to a statement by his Senior Special Assistant on Media and Publicity, Garba Shehu, the President spoke while addressing Niger Delta stakeholders at the Presidential Villa, Abuja. “We are determined to make life comfortable and affordable to all Nigerians. If anybody has a country to go to, let him go, we will stay here and salvage our country,” Shehu quoted the President as saying.

Buhari was said to have told the leaders of the Niger Delta that they had more to do than anyone else to bring peace to the region, given the influence they have on militant groups.

He expressed the determination of his administration to stay focused on its key campaign promises of securing the country, fighting corruption and creating jobs through the improvement of the economy.

He said peace, security, investment and prosperity are linked together, adding that “if we give peace a chance, investors will come here to invest.  Nobody will invest in an insecure environment.”

Buhari said the problems his administration found on the ground were many, as illustrated in collapse of oil prices, inability of 27 of the 36 states to pay salaries, absence of savings to fall back on and having to deal with an elite who didn’t seem to care.

All these, he said, made his government to conclude that, “life as usual is no longer affordable.”

In welcoming the 16-point request presented for negotiation by the Niger Delta leaders, Buhari said he was still expecting reports from officials he had instructed to review the implementation of the Amnesty programme to determine where government fell short so that amends can be made.

The President said the service chiefs were putting together their own assessment of the militancy situation, saying “when I have these reports, including this one (just presented), we will revisit the situation (in the region) to ensure that we succeed this time.”