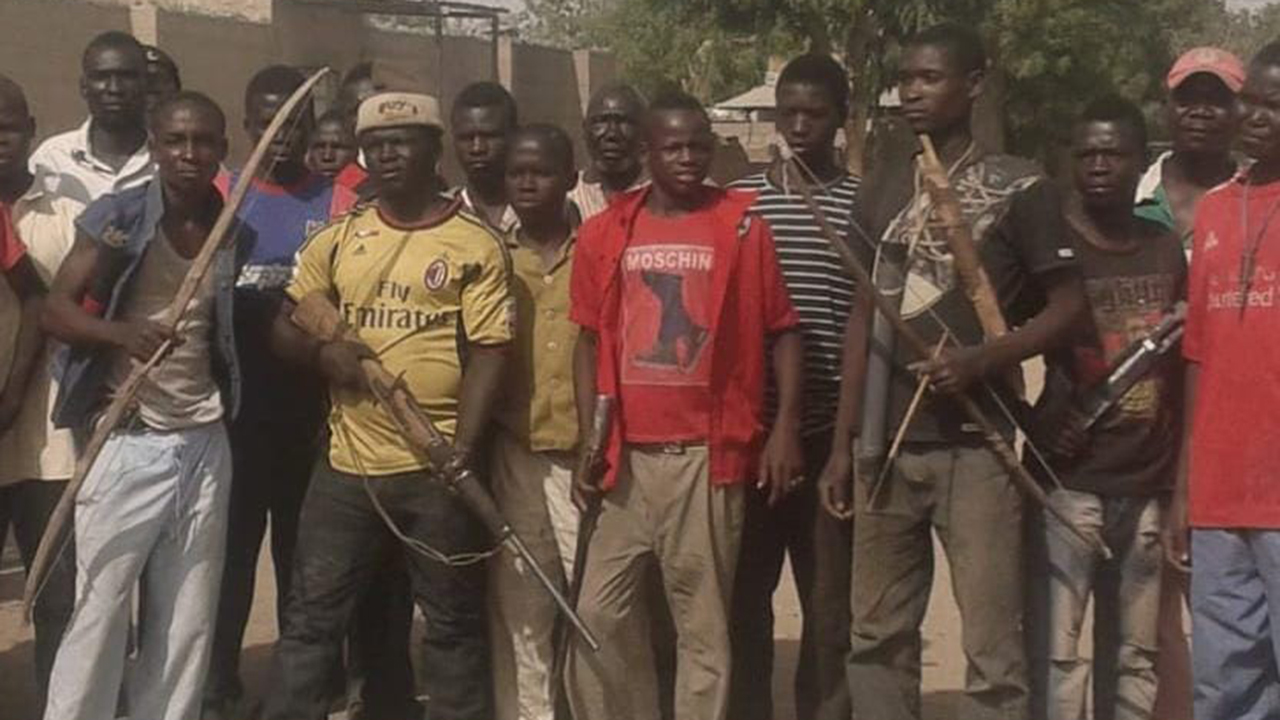 You most probably read the story in the Daily Trust of three days ago – May 7. But given its import and its centrality to this column, let me re-tell it to refresh your memory.

In a front lead story, Katsina emir to minister: Tell (the) president we need security, the newspaper reported that the minister of agriculture, Chief Audu Ogbeh and the governor of the Central Bank of Nigeria, Godwin Emefiele, paid a courtesy call on the Emir of Katsina, Alhaji Abulmumini Kabir Usman, on May 6.

The newspaper said their visit was in connection with “the national launching of distribution of cotton seeds/inputs to farmers for the 2019 planting season.”

Here is the surprise message the emir gave to his august visitors for Buhari:

“Hon. minister, tell the president that we have to take very good care of our people, security first. All these programmes, as good as they are, cannot be without security. Security is first and fundamental.

“Every day I receive reports of kidnapping and killings from district and village heads. I have not seen this kind of country; how do we live like animals? Three days ago Magajin Gari (of Daura Emirate Council) was abducted; nobody is safe now, whether in your house or road or wherever you are. Many people have deserted, abandoned their farms in fear of kidnapping and killings and other atrocities. It’s very unfortunate.”

A powerful message, yes. No beating about the bush. Spoken with pain from the heart. I do hope the messengers have since delivered it to the president. And I do hope that the president has bestirred himself.

The Buhari administration may have great agricultural and other critical programmes meant to make this conflicted country make a giant leap from being potentially great to being really great. But the future of this country is hinged on the number one constitutional duty imposed on the federal and state governments. Security. The emir said “security is first and fundamental.” Let me double under line that.

The Buhari administration stands the risk of being judged entirely by how it is taking up the cocktail of security challenges that have made life and the future uncertain.

The citizens have cried themselves hoarse about the level of insecurity in the northern parts of the country in particular and the country in general. We are all sitting ducks now.

Just before the general elections, the Northern Media Forum, which I am privileged to chair, felt so concerned about the deteriorating security situation that it issued a statement in which it appealed to Buhari to “save the north.” It noted that “Lives are being wrecked by the audacious impunity of bandits and kidnappers who are expanding the circle of the fastest growing industry in the north.

The rural population is entirely at the mercy of bandits and kidnappers. Farming and animal husbandry are being destroyed at alarming rates. The pillars of the northern economy are being threatened in unprecedented scales by crimes.”

Nothing has changed for the better. If anything, things have become worse, much worse. The news media feed us daily with shocking stories of killing and kidnapping in Katsina and Zamfara states that turn our stomachs up side down.

The distribution of cotton seeds to cotton farmers in Katsina and other traditional cotton producing states such as Zamfara and Sokoto, is meant as a shot in the arm in the revival of our agriculture. Yet, ironically, the farmers who ought to welcome and benefit from these free cotton seeds cannot because they have abandoned their farms.

Of what use would the cotton seeds given to them be? At best, they would collect them and perhaps dump them behind their houses. The cotton farms would remain fallow; the farmers would become idle and made poorer. The loss to our national economy would be monumental.

I welcome the fact that some northern traditional rulers refuse to padlock their lips to be seen and not heard when they see the country being pushed towards Golgotha under Buhari’s watch, the watch we had hoped would make a fundamental difference in our lives, our national unity, focus and our development paradigm. The traditional rulers too have a responsibility for a secure and peaceful Nigeria. Their silence would be indifference, not golden.

Last month the Zamfara traditional council spoke up when the Nigerian Air Force made invalid claims about the success of their bombing raids on the hideouts of bandits in the state. They disputed the claims and proved their point by naming names as evidence that the raids killed innocent citizens in parts of the state.

Last month the Zamfara traditional council spoke up when the Nigerian Air Force made invalid claims about the success of their bombing raids on the hideouts of bandits in the state. They disputed the claims and proved their point by naming names as evidence that the raids killed innocent citizens in parts of the state.

Last week the Nigerian Army claimed that the resurgence in the aforementioned crimes and the co-ordinated attacks by Boko Haram in the north-eastern parts of the country were calculated to scuttle the presidential inauguration on May 29. If the army has established their claim for a fact, then their job is made easier. They should bring in the person or persons so fingered and let them answer for their evil plot. It is not theirs to cry wolf; it is theirs to neutralise the wolf.

Yinka Odumakin, Afenifere spokesman, was right when he reminded the army that “We are in a democratic dispensation and if there is such a thing it should be the role of the police and DSS and not the army; we are not in a military rule.”

I think the army is trying to trivialise the serious situation we are in. These criminals have far more sinister designs on the nation than the scuttling of the presidential inauguration. They want to destroy our country; to make Nigeria history. To reduce those sinister designs to a plot against the presidential inauguration is to engage in puerile politics and divert attention from the conflagration we can all see and whose heat we can all feel.

Boko Haram is a challenge to our armed forces. Banditry, kidnapping and cattle rustling are challenges to the Nigerian Police Force. None of these challenges can be tackled if the armed forces and the police allow themselves to be misled into playing politics by chasing enemies, real and imagined, of the president.

Yes, every government, no matter how perfect it may believe it is, has detractors, men and women who beg to differ in its policies and programmes. Such people are not necessarily enemies who would hatch a plot to prevent the president from taking his oath of office for a second term on May 29.

In any case, the reason our constitution provides for periodic elections is to give the people the opportunity to vote out those they believe are not serving the public interest. They do not carry out this important civic duty as enemies of an incumbent government but as responsible citizens.

I was surprised that the army spokesman used the phrase, disgruntled elements, to describe those it believes are the enemies of the Buhari administration. This is an archaic catch-all phrase used by the military in the long harmattan season of their rule to heap blanket blame for the failure of some of their poorly conceived policies on the civilians.

This tactic cannot wash any more. There are no disgruntled elements; there are only citizens who, for ideological and partisan political reasons, do not stand shoulder to shoulder with the government in what it does and how it does it. They are not enemies; they are not saboteurs. They are Nigerian citizens exercising their right of dissent.

Let the government, the security forces and the ordinary citizens commit to winning this multi-faceted war. It is an existential challenge that cannot be politicised or trivialised.