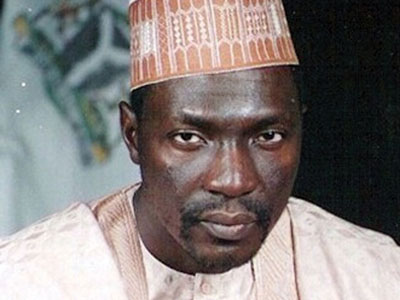 A peace plan has been drawn up for the troubled opposition Peoples Democratic Party (PDP).
It includes conditions for a national convention to be presided over by the National Chairman, Alhaji Ali Modu Sheriff. The convention is tentatively slated for June 30.
According to the party’s Reconciliation Committee, the National Convention Planning Committee (NCPC) to be set up by Sheriff must draw its membership from all the organs of the party and other key stakeholders.
The chairman of the committee, Governor Seriake Dickson of Bayelsa State, submitted its report to Sheriff at the party’s secretariat yesterday.
Speaking with reporters shortly after submitting the report, Dickson said an acceptable convention remained the ultimate resolution to the party’s leadership crisis.
Listed as members of the NCPC are seven governors, seven senators, 12 members of the House of Reps, six members of the Board of Trustees (BoT) and six national vice chairmen.
Others are 18 zonal chairmen, six speakers of state assemblies; six former governors, former presiding officers of the National Assembly, six prominent women leaders, six youth leaders, six former ministers and 12 others to be nominated by Sheriff in consultation with key stakeholders.
The governor added that even after the Supreme Court must have ruled on the appeal filed against Sheriff by the Ahmed Makarfi-led Caretaker Committee, the party must go for the convention.
He said Sheriff too was in support of the proposed convention, just like other stakeholders, adding however that mutual mistrust and lack of faith in the present leadership of the party remained an issue.
The governor urged other elective party office holders who are still holding on to their positions to let go and seek a fresh mandate in the planned convention.
The Dickson report was however silent on whether Sheriff would be eligible to renew his mandate through the convention, where new party leaders are expected to emerge.
Dickson restated the party’s determination to explore every avenue to resolve its crisis through political solutions, without prejudice to the appeal pending at the Supreme Court.
Sheriff said the report/proposal submitted by Dickson would be considered or reviewed by the National Working Committee under his leadership.
Virtually all the party organs and stakeholders listed by Dickson as members of the convention planning committee are opposed to Sheriff’s chairmanship of the party.
Also yesterday, Sheriff called on workers at the party secretariat to resume duties.
The secretariat was opened for Sheriff last month after it was sealed off by the police in June 2015, at the peak of the leadership crisis.
A statement yesterday by Mr. Bernard Mikko for Sheriff, described the Ahmed Makarfi-led Caretaker Committee as a “dissident group” that has been proscribed by the law.
It accused the workers of taking sides against their condition of service, which requires them to be apolitical and loyal to the leadership of the party.
It said: “Members of the PDP Welfare Association and indeed all committed staff of the national secretariat who have not resumed duties should immediately get back to work, as they are neither on trial nor involved in any crisis or litigation necessitating any form of political or legal solution to resolve.
“The belligerent stance and the series of communiques issued by some members of staff indicate clearly that they have positioned themselves at the centre of political conflagrations involving their bosses against their terms and conditions of employment.
“The dissident group which they pretend to profess their loyalty had been proscribed by law and legally dead. Any attempt to resurrect a dead horse will only amount to superstition and largely futile.”
“Senator Ali Modu Sheriff and the entire NWC are committed to bringing the party to fame to the realisation of the dreams of the founding fathers and should be supported to do so”, the
“Failure to heed this call will attract disciplinary procedures as the staff are deemed to be conversant with their terms and conditions of employment, particularly the PDP Establishment Manual that stipulates that they remain apolitical,” the statement added.