Yoruba actress and producer Tayo Odueke popularly known as Sikiratu Sindodo has shed more light on reason many think she is a wayward person. 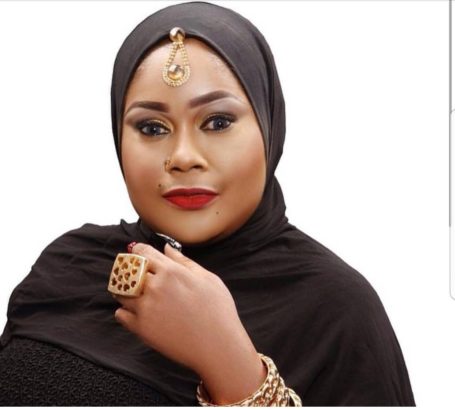 In an interview with Sunday Scoop the actress opened up on her upbringing, career and more.

Speaking on her education, she said;

For my elementary education, I attended Mainland Preparatory Nursery and Primary School in Surulere, Lagos. I then proceeded to the Methodist Girls High School, Yaba, Lagos, for my post-elementary education. I did a two-year diploma course in Theatre Arts at the University of Ibadan. After that, I studied Creative Arts at the University of Lagos but I didn’t graduate.

I cannot recall how many movies I have featured in but the first film I acted in was titled, Hired Assassin. It was an English movie directed by Charles Novia. As of that time, I didn’t even know that I was going to become an actress. A friend of mine had told me to folow her to an audition she had in Surulere and when we got there, I met people like Grace Ama, Ayo Adesanya, JT Tom-West, among others.

I acted as a bodyguard to Segun Arinze’s character in the movie. While on that set, Segun Arinze directed me to a woman who was about shooting a Yoruba movie and that was how I really got into the movie industry.

The movie that led to my breakthrough is Sikirat Sindodo. The name, Sikirat Sindodo, has stuck with me ever since and it is always in the news for the bad reasons. People see me as a very wayward girl because of the role I played in the movie.

Meanwhile, I am a very calm person. I don’t go out when it is not necessary and I mind my business. However, I don’t regret playing that particular movie because I was just doing my job.