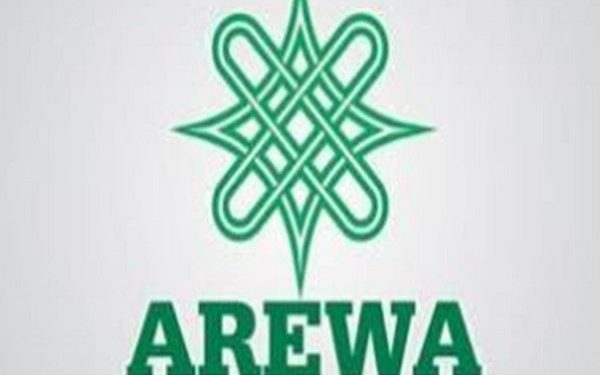 The pan Northern Social political organization, Arewa Consultative Forum (ACF) may have suffered a further depletion as leaders of the North Central geopolitical zone on Friday established the North Central Peoples Forum which they said will help fight against insecurity and marginalization in the zone.

The group said in spite of the abundant mineral and human resources available in the zone, the North Central has become endangered species in the comity of zones in the country with kidnapping, banditry and other forms of criminality taking place in all states within the zone.

However, it was not immediately known how the emergence of the new Forum will affect the activities of the ACF which presently has immediate past Minister of Agriculture and a prominent son of the North Central zone, Chief Audu Ogbeh as its Chairman.

Some prominent leaders of the zone who came together to form the Forum include former Minister of Federal Capital Territory, Senator Jerry Useni, Former Minister of State for Health, Gabriel Aduku who is the interim Chairman of the forum and former Deputy Senate President, Ibrahim Mantu.

Addressing the gathering, Senator Useni who is also the Chairman of the Board of Trustees of the Forum said the existence of similar groups in other parts of the country has given rise to group affinity and solidarity among the States in a particular geo-political zone to canvass things of common interest.

Useni said he was confident that the Forum ityld unite the people of Benue, Kogi, Kwara, Nasarawa, Niger, Plateau and the Federal Capital Territory (FCT) in their quest to ensure that peace and stability is established and sustained within the zone.

He also said that the Forum will pursue rapid industrialization across all nooks and crannies of the zone as well as pursue policies and process that would ensure that the massive solid mineral and agricultural endowments were adequately harnessed.

According to him, “the Forum is also aimed at ensuring cooperation and support the good policies and administration of the six governors of the zone irrespective of our political, religious and ethnic differences; support and cooperate fully with the Federal Government for full and complete implementation of infrastructures, development projects situated in the zone and involvement of the people of the zone in the National affairs of the country and promote, defend and strengthen North Central unity and interest of its people in the context of one indivisible Nigeria and to contribute in safeguarding her territorial integrity

“Consequently, every zone now have a common socio-political platform where they meet to discuss their strength and weakness with the view to propounding and promoting progress and development of the zone. It is therefore in this context that the South-South People’s Assembly and the South-South Elder’s Forum were formed to champion the common cause of the South-South people and draw Federal Government attention to the perceived problems facing the people of their zone

“It is in similar vein that the South-West Zone of Nigeria established the Afenifere Group, a Yoruba socio-political organization that is constantly being used to draw Federal Government attention to their common challenges. The South-East people of Nigeria have the Ohanaeze Indigbo as their own socio-political platform for mobilizing their people to actualize political and economic objectives that may attract positive development to their zone

“Recently, the people of North-East floated a body called the North- East Elder’s Forum for the attainment of similar objectives who succeeded in getting the North-East Commission approved by the Federal Government. It is in the light of the foregoing that it becomes imperative and pertinent for us as a zone to rise to the challenges and launch our own geo-political platform from where we can draw the attention of relevant authorities on the need to address various socio-economic, political and securities challenges ravaging our zone.”

Useni who was candidate of the PDP in the 2019 governorship election in Plateau state commended Governors of the Zone for their efforts in rising to their responsibilities in defending the people of their various States against the insurgency, kidnapping and other various crimes affecting the Zone, Gen Useni pledged the Forum’s support towards achieving the desirable peace in their various States.

He appealed to residents of the zone, irrespective of political affiliation to bury their individual, political, religious and ethnic differences and unite other for the development and progress of the people in the zone.

He said; “Those of you who are present here today should consider yourself as the voice and true representative of your people whom they have known to have at one time or the other represented them fully at various level;

“Therefore, no sacrifice will be too much on our side to give the people of the zone the peace and development they desire from us as their leaders.”

Interim Chairman of the Forum and former Minister of State for Health, Arc. Gabriel Aduku said that the zone which is made up of a population of over 25 million people spread across 71 tribes has suffered serious neglect with insecurity now the order of the day.

Aduku said “the socio-cultural, political and economic diversities of the Zone simulate it as a microcosm of the macrocosm known as Nigeria. It’s extremely rich human and mineral resources make this Zone a unique divine arrangement for immense prosperity, development and leadership within the Nigeria Federation

“Its immense human resource capital has undoubtedly announced the citizens of the zone for excellence and impact. Sadly, however, in-spite of its enormous solid, liquid minerals and natural endowments, commercial fishing, farming and agro-allied activities, as well as the massive intellectual human resources, the Zone has become a sleeping giant, good enough only for political exploitation and exploration by its “patrons” and vote seekers

“Within this giant, painfully lie its great potentials, including several dormant projects, factories, industries and untapped natural and human resources; within this, also lie sleeping great voices and docile interests and aspirations. This irony of the absurd should not be allowed to thrive any longer. The North Central Peoples’ Forum has chosen to rise to the occasion and the challenges

“It has come to ensure the effective aggregation, promotion and actualization of dormant and latent interests and potentials of the zone. It has come to give momentum and expression to voices of giants of the zone that have become silent, weak and inaudible

“The Zone hosts strategic industries, such as the Ajaokuta steel plant, the Iron Ore Processing Plant at Itakpe, the Obajana and Benue Cement facilities, the Bacita Sugar Processing Plant and Jebba Paper Mill and several others, all of which have become challenged.

“Apart from being a solid mineral belt, with a network or inland ports at Baro, Lokoja, Ajaokuta and Idah, the Rivers Niger and Benue have also put the Zone at a strategic These rivers have been neglected, abused, ignored and serving independent Nigeria as it did for the Royal Niger Company (RNC) of Pre-independent Nigeria.

“Unfortunately and painfully, budgetary arrangements for dredging these rivers in order to make them fulfill their expected, commercial and developmental strategic roles have met frustrations and failures.”