Barely one month after President Muhammadu Buhari signed the 2016 federal budget into law, there are strong indications that the implementation of the budget has not effectively taken off, resulting in a cash crunch in Ministries, Departments and Agencies ( MDAs) as well an atmosphere of disillusionment among government officials.

Buhari had, on May 6, 2016, assented to the N6.06 trillion budget amidst fanfare, just as financial analysts warned that the actual success lay in the implementation of the provision of the budget. It was based on a revenue projection of USD$38 per barrel of crude oil and a production regime of 2.2 million barrels per day.
However, the hopes raised by the fiscal document dimmed when the Niger Delta Avengers ( NDA) and other militant groups launched a sustained attack on oil and gas facilities strategic to achieving the goals of the budget. Following the spate of vandalism visited on these oil installations, Nigeria’s crude oil production has crashed to as low as 1.1 million barrels per day, resulting in huge loss of revenues and apparent inability of the Federal Government to meet some of its obligations.
Sunday Telegraph gathered that a number of cabinet ministers and other political appointees were becoming uncomfortable with the austere posture of the Buhari administration as they grappled with the hardship imposed on the populace by an economy in recession.
A political aide to one of the ministers who confided in one of our correspondents, said the cash squeeze in the economy made it impossible for the Presidency to approve the housing allowance for the ministers.
According to the aide, the ministers had demanded for a N20 million grant each to enable them settle down in Abuja, but this request was turned down by President Buhari who saw the amount as ‘unreasonably high’ in view of the state of the economy.
Consequently, a number of the ministers have been “technically stranded” on the issue of accommodation. Except for some of the ministers who were either state governors or members of the National Assembly before joining the cabinet and had houses in Abuja, the rest were said to be either living in hotels or squatting in the Guest Houses owned by their states.
Sunday Telegraph learnt that one of the ministers who once served as a Commissioner in one of the South – West states has been squatting in one of the mansions belonging to his political godfather and chieftain of the ruling party. Worse still are some ministerial aides who have also complained of not receiving a dime since they were appointed, a situation that has resulted in regrets and contemplation of quitting their jobs.
Another political aide to one of the ministers told Sunday Telegraph that the austerity was becoming so unbearable that most MDAs have been forced to cut down on their recurrent expenditure such as local travels and the purchase of newspapers for the various units in the headquarters of the ministry. “Do you know that we no longer buy ‘plenty’ of newspapers as before?
We just buy a few copies which are sent to the minister’s office. It is after he has finished reading that the papers would be sent to other offices. 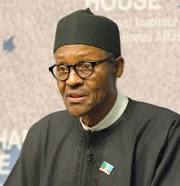 “Also, we no longer travel with Oga on some of these trips because there is no money. These days, if he is travelling, he goes with just a few persons, mainly security and protocol officials. It is from these guys that we get to know where they are and what is happening at any point in time,” our source said.
Apart from the ministers and their aides, Sunday Telegraph also gathered that senior political appointees recruited to help the administration on key areas are not fairing better. According to our source, this class of officials have merely been receiving their salaries and nothing more, unlike in previous administrations where ministers, special advisers and assistants had a bouquet of allowances.
Post Views: 0