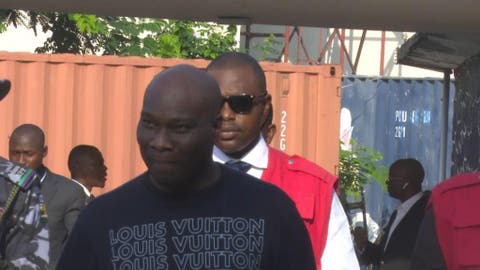 The Economic and Financial Crimes Commission on Wednesday released suspected cyber fraudster, Ismaila Mustapha, alias Mompha, about two weeks after he was re-arrested by the anti-graft agency in Lagos.

His lawyer, Mr Gboyega Oyewole (SAN), confirmed to our correspondent that his client was released on bail.

He added that Mompha had withdrawn the N5 million fundamental rights suit he filed against the EFCC to challenge his re-arrest.

The PUNCH had reported that Mompha, who is answering N32bn fraud charges before the Federal High Court in Lagos, was re-arrested on August 14 when he went to the EFCC office in Ikoyi, Lagos to reclaim his five wristwatches, one Apple Air pod, one iPhone 8 mobile phone and one pair of sunglasses, seized from him by the anti-graft agency since last year.

His visit to the EFCC office followed a July 24 ruling by Justice Mohammed Liman ordering the release of the items to him.

But Mompha, through Oyewole, had contended that his re-arrest was unjustifiable and unlawful in the N5 million suit he slammed against the EFCC.

But the spokesman for the EFCC, Mr Dele Oyewale, said Mompha’s re-arrest was justified as it was connected to a fresh set of cyber fraud, which had nothing to do with the earlier money laundering charges over which he had been arraigned.