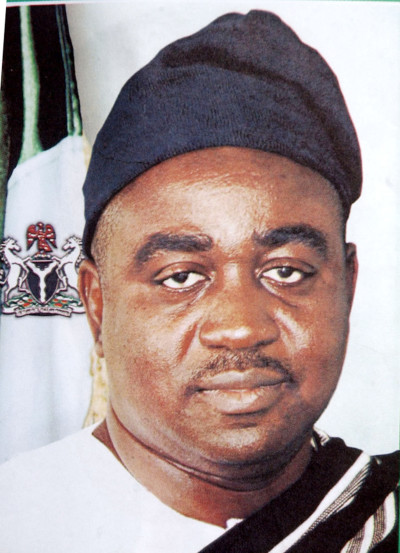 The Federal Government has accused former Benue State Governor, Gabriel Suswam and two others of diverting about N10billion meant for the SURE-P programme initiated by ex- President Goodluck Jonathan’s administration.

The accusation is contained in two fresh charges filed against Suswam, Omadachi Oklobia and Mrs. Janet Aluga at the Federal High Court, Abuja.

Oklobia was the Finance Commissioner and Aluga the Accountant at the Benue State Government House during Suswam’s administration.

In the first of the five charges listed in a charge sheet marked: FHC/ABJ/CR/255/2015, they were accused of unlawfully transferring the fund from the Benue State SURE-P account numbers: 1013470079 and 0116099195 domiciled in Zenith and Guaranty Trust banks.

In the second charge of four counts, marked: FHC/ABJ/CR/256/2016, they were accused of unlawfully taking possession of the said fund.

When the charges were mention on Wednesday before Justice Gabriel Kolawole, the defendants were absent in court.

Lead prosecution lawyer, David Igbodo, told the court that the Inspector- General of Police (IGP), Ibrahim Idris, who authorised the filing of the charges, has resolved to work with the Attorney General of the Federation (AGF) in the prosecution of the case.

Igbodo said the IGP has directed that the case file be forwarded to the AGF for his contributions.