Skip to content
You are here
Nigerian blogger, Sugabelly, has called out APC LG Chairman candidate for alleged rape.

According to Sugabelly, who became popular following her outing of ex-Kogi state governor Audu Abubakar’s sons, gang raping her at the tender age of 17, the APC candidate, Prince Mustapha Mona Audu, is one of the 7 guys she claimed raped her back then, and has advised against anyone voting him into power as doing this means voting for a rapist.

Mustapha Ilemona Audu raped me when I was 17 years old.
If you vote for him, you’re electing a rapist to government
@APCnigeria Shame on you 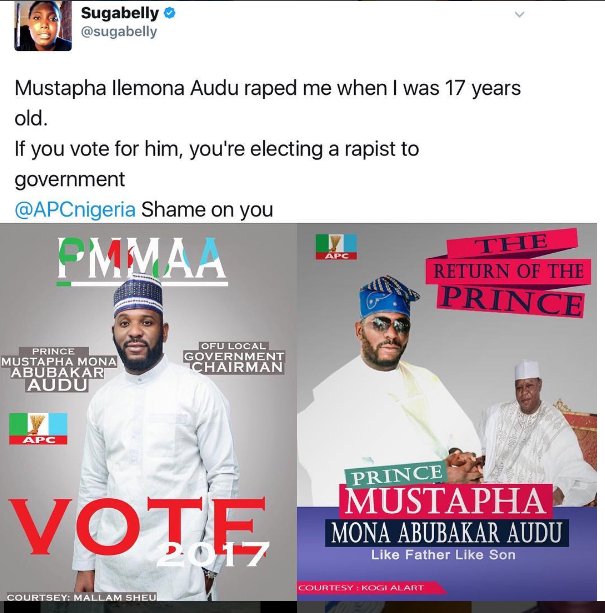