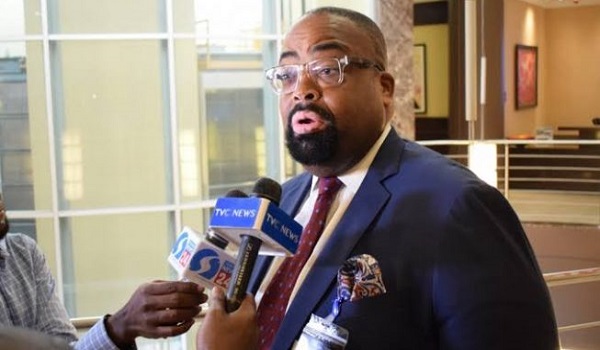 Nigerian Bar Association (NBA) President Olumide Akpata has set up an Electoral Audit and Reforms Committee to audit the body’s 2016, 2018 and 2020 elections.

Akpata, sworn into office for a two-year term last Friday, made the disclosure Sunday morning in a series of tweets on his Twitter handle.

The NBA has faced threats to its unity following unresolved questions on the credibility of its national officers’ elections of last July 29 and 30.

The NBA leadership had been dominated by Senior Advocates of Nigeria (SANs) until Akpata, 47, caused an upset and won the presidential race by a landslide.

He defeated two SANs – Dr Babatunde Ajibade and Mr Dele Adesina – to become the first elected non-SAN president of the NBA in 22 years.

Referencing the issues in his statement, Akpata said: “On Friday 28 August 2020, I was sworn into office as 30th President of the Nigerian Bar Association, the foremost professional membership association in Nigeria and the most influential network of legal practitioners in Africa.

“I use this opportunity to express my profound gratitude to God; to the entire membership of the NBA for their mandate; and to the Nigerian populace for their interest and goodwill.

“In my inaugural address to the members, I outlined our policy direction for the next two years while also assuring the members of our intention to fulfil the promises that we made during the electioneering period.

“For me, two things stand out. The first is the need to audit the election that led to our emergence, but which was also characterised by certain glitches that should not be associated with a foremost professional association like ours.

“It is for this reason that I immediately constituted an Electoral Audit and Reforms Committee headed by Ayo Akintunde SAN to audit our 2016, 2018 and 2020 elections and to recommend reforms for our electoral systems and processes.

“Secondly, I am not unaware of the very recent events and agitations that have tended to divide our bar along regional and religious lines. This is rather unfortunate for an egalitarian association like ours.

“The weight of expectations on us is immense and there is no time to take anything for granted. This enormous task cannot be achieved if we continue to fan the embers of division at a time when we desperately need to unite and speak with one firm voice.

“The bar that I now lead must be one that is united on all fronts and that recognises that our diversity is, perhaps, our greatest strength. I plead with all Nigerian lawyers to bear this sense of unity in mind as we commence a new journey together.”