Skip to content
You are here
By ADELOWO OLADIPO

Nigeria is 60 years old as an independent nation. Would you say the country has lived up to its status as a sovereign state?

Despite all the challenges we have had, it is worth celebrating Nigeria at 60. However, I believe we should have made progress, especially in the area of industrialisation. I am speaking from experience and how it affects Niger State. We have the capacity, we have the potential, and we have the God-given assets to be a producer rather than a consumer.

I am glad with the effort Mr President has made so far. We are beginning to achieve our position. In the past, we imported rice. All the rice we consumed in Nigeria were imported but now I can tell you that Nigeria is a major producer of rice and I believe we can do more. Even here in Niger State, there are a couple of rice mills and these have led to the creation of job opportunities. In Niger State, there are requests for more rice, which means our farmers will have to produce more and, of course, the government will have to support them.

In the past, we were always independent but lately, things went wrong and we started importing things we could produce. We were not importing fuel but now we import fuel. Our refineries no longer work. We irresponsibly allowed our infrastructures to die down.

I hope at 60, we will open a new chapter, a new phase, towards revitalising our economy and ensuring that we invest in the future of the younger generation. The way out is simple. What we need to do is to ensure that all our dead industries are resuscitated.

The importation of those things we can produce has led us to sustaining the industries abroad and that is why we found ourselves in this present situation. The cotton value chain alone will give millions of Nigerians jobs. I hope that before the end of the year, we will be able to restart our industries.

What is your take on Nigeria importing fuel despite being an oil-producing nation and a prominent OPEC member? 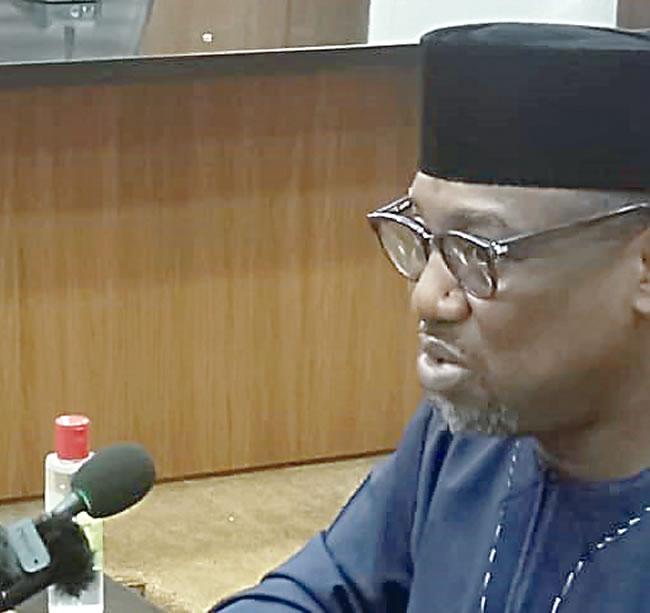 How would you describe the security situation in the country?

At the same time, we suffered flooding like we never did before. This year, the flooding is something else. The Kainji dam spilled over 6,000 liters of water per second. This is the first time they are opening all force spill ways. This may be due to global warming. This year, the floods have been excessive and definitely a lot of support will be required to assist the affected communities. They need a lot of support because they have lost their livelihood completely and we must have pity for such people. They do not have the voice, they do not have the connection, and they do not have the contact. It is our responsibility to reflect for some time and think about those people, think about what they are going through and do whatever we can, no matter how little, to support them

What is your view on the state of infrastructure in the country?

Our 60 years as a country have been very challenging ones. We had COVID-19. Our schools were closed. They are just about to resume. Banditry continues. Here, in Niger State, life has been extremely difficult. Movement from one place to another has been very hard. Our infrastructures are dead. All our federal roads are dead. We have over 2,300km federal roads but less than 10 per cent are motorable and even if they are, they are getting bad. One of the best roads in Niger State is from Minna to Bida, if you travelled on that road some years ago. But if you pass there now, the road is giving way under too much weight. It is good to make profit but not to the detriment of the majority of Nigerians that are suffering. The standard we know is that trucks should be 30 tonnes but now we have trucks carrying 50-70 tonnes; petrol-laden tankers loading 30,000-70,000 litres. No road can withstand that. The Paiko-Minna Road is a federal road which takes about 10 minutes’ drive but now, it takes almost an hour and this is what people are not seeing. This is my frustration. It is raining, you cannot fix those roads. The contractor for the Minna-Bida Road cannot work because it is causing them too much money. They found out that areas they have already cleared and fixed as they proceeded, they are to come back again so the road will cost us 10-15 per cent more because we are to compensate them if we really want the job done. We have to put into consideration that it is not their fault that the road has gone bad in the process of construction.

I hope that generally as Nigerians, we will improve in our character. We have to love one another and wish each other. We have to reflect on what went wrong and how to address it.

What is the situation in Niger State?

When I came in as the executive governor, they said they had a system in place but I don’t know where we got it wrong. I noticed that our infrastructures have been abandoned, whereas continuity is very important. Probably because of politics, any government that comes would want to commission projects put in place by the government. That led us to a very decayed system. I found out that a lot of new contracts and investments were made that were not necessary.  But as a political head, if you don’t do something new and commission it, people will start asking you to show what you have done. When you invest on something, maintenance culture is important.

When we came in, we had schools that had not seen paint for over 40 years, schools where students slept on bare floor, and schools without toilets. Our water boards in major towns had to undergo rehabilitation. We did fixing of high and low pumps. Reticulation, which is is the major problem we are having in Minna, Bida and Kontagora, has been completed. When you invest in something, maintenance is important. We have a very poor maintenance culture.

What have you done to change the narrative?

I decided, in our first term, that we shouldn’t embark on any new projects but we should try to continue and finish up the ones we met on ground, and that was what brought about the school approach. So, instead of us building new schools, we decided to renovate and rebuild the ones we have.

We have started fixing our hospitals, too. It is better we invest in existing facilities and then build new ones when there is the need to do that. But if a new government comes, they tend to abandon what the previous government did and start a new one. This won’t take us anywhere. I want to see a changed Niger State, having attained 44 years. I want to see continuity, regardless of the politics. Continuity is for the benefit of our people. We have to make sure that the system works efficiently. Of course, there is the need for new projects but there is also the need to have a robust maintenance culture to ensure that everything is working perfectly. We have to ensure that investment made 40 years ago by our predecessors does not go down the drain.

What is your take on security challenges, especially in the North?

We are all disturbed about the security challenges the country is faced with. If not because of some necessary steps we took, the situation in Niger State would have been worse. We engaged traditional rulers, the police and the vigilantes. Everyone must participate, not just the government, when it comes to security. Insecurity is what is stopping Nigeria from moving forward. But we are getting the support of the service chiefs.