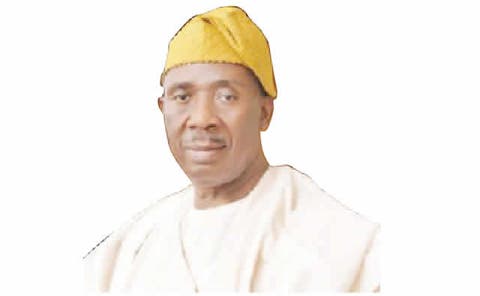 The Vice-Chairman, Senate Committee on Customs and Excise, who is also a retired Deputy Comptroller General of the Nigerian Customs Service, Senator Francis Fadahunsi, tells SUNDAY ABORISADE why the National Assembly must stop the planned concession of the agency, among other issues

The Nigerian Customs Service is a major revenue-generating agency in the country but you always complain that it is not generating enough revenue. What really is the proble

If the Nigerian government wants the Nigerian Customs Service to generate N4trn every year, it is possible but the agency must be adequately funded. There must be proper monitoring of its activities and operations. Also, the government has to change the leadership of the NCS. Government should look for a well-trained professional who would be able to deliver. A soldier cannot do the job at all. No soldier can deliver the task of generating revenue at the NCS.

Why are you against the idea of concessioning the NCS to a foreign firm which could generate huge revenue for the country?

There is no foreigner that can like Nigeria better than Nigerians. No foreigner would treat our economy better than the citizens of Nigeria. It is a pity that we have some vandals within the nation’s economy. No matter what, the Nigerian Customs Service can still be managed better by its officials. There is always an attempt by some people to buy the NCS whenever any new government comes on board because of the huge revenue they would make. Why is government not considering the idea of concessioning the Federal Inland Revenue Service, the Nigerian National Petroleum Corporation, or NIMASA?  The concession they carried out at the ports is what is causing congestion at the ports now. People are now paying bills through their noses. The corruption at the NPA was a child’s play before the concessioning; now, it is very high because revenue collection has been contracted to an individual. Some Nigerians who have seen the potential of the NCS have been mounting pressure on the government to concession its revenue collection to some foreign firms for a period of 20 years for a mere $186bn. The revenue projection under that arrangement is N3trn. The NCS generated N1.5trn and it is expected to collect seven per cent of that.  Meanwhile, the arrangement will continue even if the NCS is concessioned. Now, the foreign firm they are bringing in may come and demand 10 per cent as cost of collection.  So, the country would be losing 17 per cent of its revenue to operational costs.  Why can’t we fund the NCS and buy the necessary equipment like scanners?  Last year, the National Assembly approved about N385m for the purchase of scanners at the ports in Tin Can, Apapa and Port Harcourt. Why can’t we buy mobile and stationery scanners for other areas? When all these things are in place, the NCS can generate the N3trn annual revenue which the concession arrangement will give us. Then we would pay only the seven per cent as cost of collection to the NCS. The funniest part is that some greedy ministers and governors are the brains behind the planned concession arrangement. Why should three or four people sit down and come up with such ideas?

What steps have your committee taken on the issue?

As the Senate Committee on Customs, we are prepared more than ever before to embark on aggressive oversight this year. For instance the concession arrangement was done in collaboration with some members of the House of Representatives with the exclusion of the Chairman of the House of Representatives Committee on Customs. So, the entire arrangement did not follow due process. If any stakeholder goes to court, the concession arrangement will be nullified. I am also sure that Mr. President was not properly briefed that concessing the NCS revenue collection to foreigners have many security implications. It has never been done anywhere in the world. We will find out from the NCS authorities how they utilised the capital component of the last three years’ budgets. We would see whether they have bought the scanners or not. We would travel to Port Harcourt,  Apapa and Tin Can Ports to see whether the equipment had been installed and whether they are functional. We will go with experts to see where we could install other scanners. Another thing we will discourage is the idea of bonded private warehouses; this is because proper examinations of goods are not being done. This is making contraband products to escape into markets.

Don’t you think that the long period of border closure actually affected the revenue drive of the NCS last year?

I don’t really support border closure because it doesn’t stop goods from coming into the country through the land borders.  Borno State where there is insurgency has porous border communities, the same thing in Yobe State which has more land borders than Borno. I have been there and I can talk authoritatively on it.  There are borders in Adamawa, Taraba,  Katsina, Kaduna, Kebbi, Niger, Kwara, Sokoto, Osun, Ogun, Calabar, and Oron, where goods are still coming in. If all the borders are revived and properly monitored with adequate manpower, the pressure at Lagos ports would be reduced. If all the land, sea and air borders are effectively managed, equipped and funded,   Nigeria should be able to rely on the NCS for heavy revenue. As soon as goods are being imported and the factories are working, revenue would be generated from excise  too; there would be a boost in the revenue. The NCS should be able to complement the efforts of the Federal Inland Revenue Service. Attention should also be focused on the FIRS, the Nigerian Ports Authority, the Central Bank of Nigeria and NIMASA.

Why is the legislature still approving the budgets of redundant federal agencies when it should be pushing for their scrapping?

We only treat what the President of Nigeria presents to us. Almost all the agencies have budgets to do the same thing; they claim to have women and youth empowerment programmes but the anti-graft agencies are not doing anything about it. Most of the agencies that claimed to have empowerment programmes for youths and women are being managed by younger persons. The government of President Muhammadu Buhari has released adequate funds for the various MDAs but the managers of the money in those agencies have failed to do the right thing. Their fellow youths should demand accountability from them instead of beaming their searchlight on the National Assembly and the judiciary which are not collecting up to one per cent of the nation’s annual budget.

Why is the National Assembly not canvassing the implementation of the Oransanye report on the pruning down of federal agencies?

The two chambers of the National Assembly have always been canvassing a reduction in the number of the federal agencies as a means of cutting cost. We also believe that effective management would be achieved if we reduce them. Many of the federal agencies are doing the same thing. There are duplications in their annual budgets. Oransanye had already provided a way out through his report but that report did not go down well with some people. This was probably what led to his investigation by an anti-graft agency. However, Nigeria would have come out of its debts if the Oransanye report was implemented and we were able to save the trillions of naira that we spend on overheads