Though more and more fathers have begun to get more involved in the care of their children, the photo still struck people as unique because it isn’t every day you see such. And the photos have now gone viral.

In the photos, the father had the fragile child in a baby bath while he washed her body. Then when he was done, he put the child on his lap, powdered the baby’s body, dressed her and combed her hair. 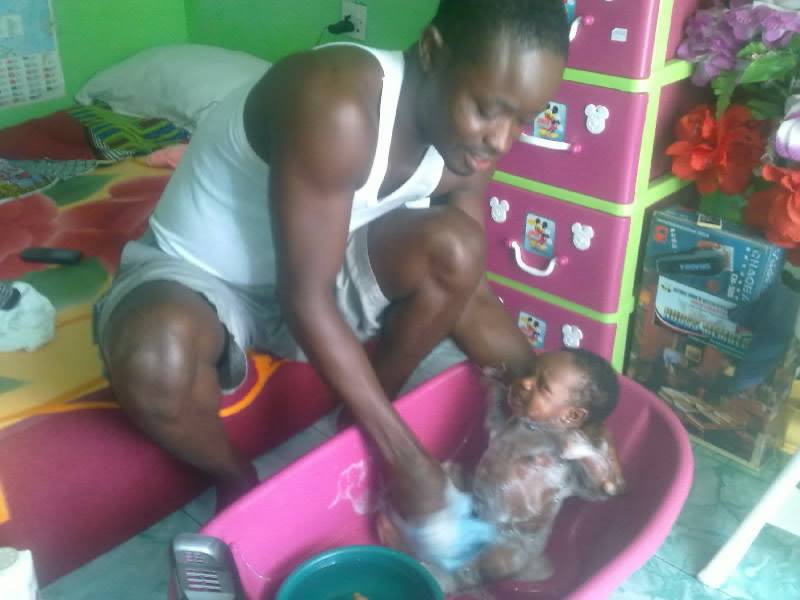 Clement Ovokeroye Paul, who is a journalist, shared the photos to advocate for fathers to be given paid paternity leave.

He wrote: “I am strongly in support of paternity leave for men whose wives newly put to bed. Yes caring fathers should be granted leave too.” 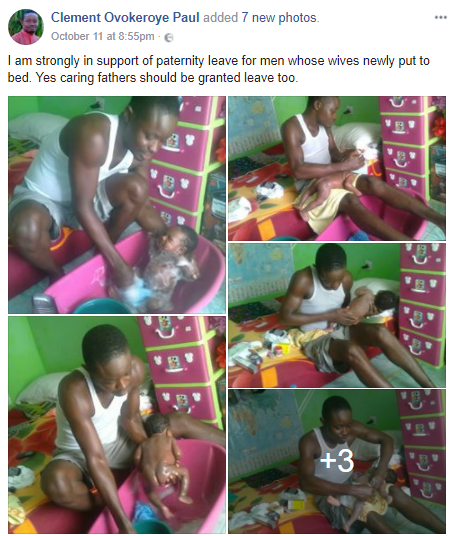 It is not known whether he does this regularly or if it was just for the camera and for the message he wanted to pass across, but comments on the post were quite positive, with lots of people praising him and encouraging him to keep it up. 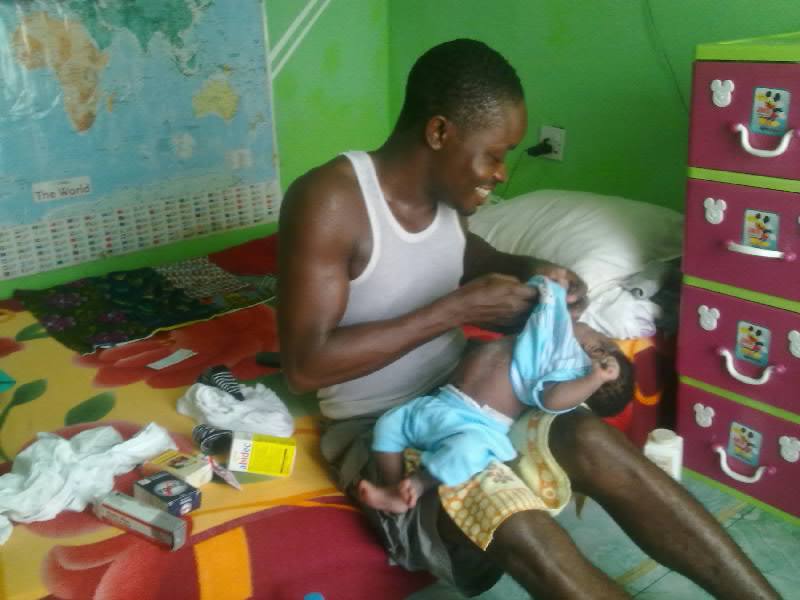 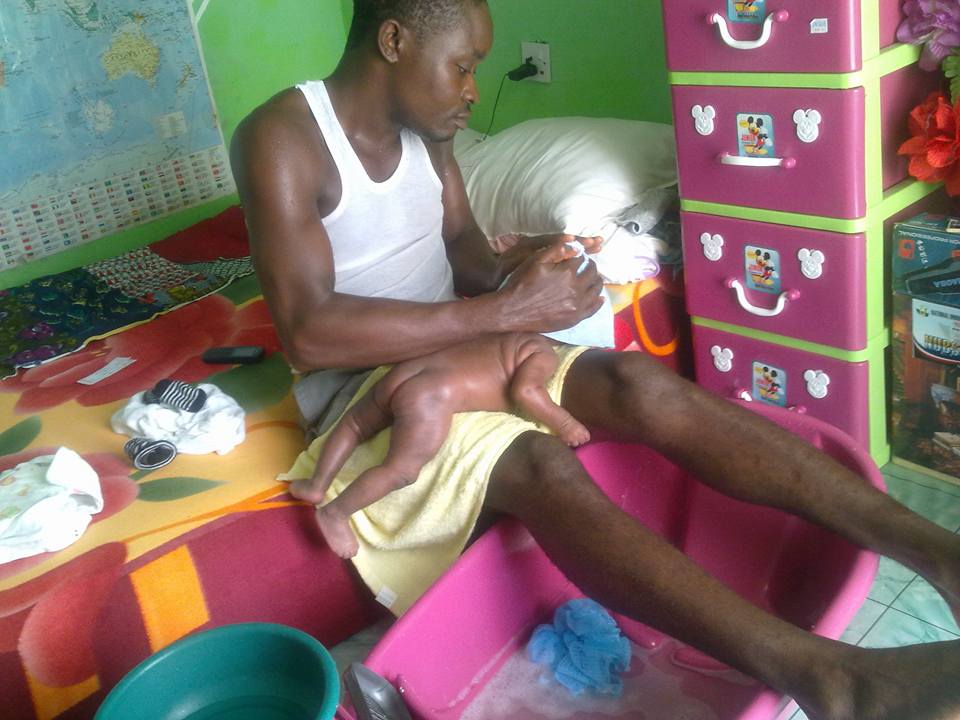