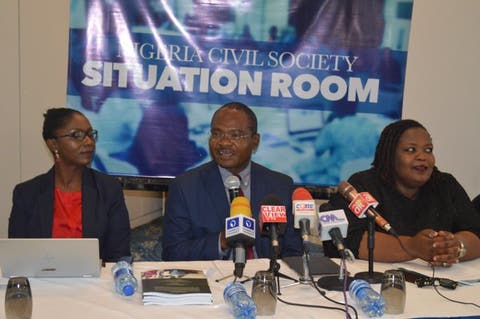 A coalition of over 70 human rights organizations, under the aegis of Nigeria Civil Society Situation Room, on Monday raised fears over alleged commercialisation of votes in Nigeria, describing it as threat to electoral system.

The group added that politicians were increasingly investing money in vote buying, noting that voters appeared willing to sell their votes.

The Co-convener of the NCCSR and Executive Director, Policy and Legal Advocacy Centre, Clement Nwankwo, expressed the views in his second interim statement on Edo State governorship election.

Nwankwo said, “The menace of vote trading, which includes buying and selling, appears to be deepening in Nigeria’s elections. Politicians are increasingly investing money to buy votes with voters appearing to be willing to sell their votes. In the Edo State election, this practice was widespread with all of the major political parties engaging in this infringement.”

The group, which called for a more effective enforcement of election laws added, “Situation Room calls on the National Assembly to move quickly and urgently proceed with legislative action to ensure the passage of the Electoral Offences Commission Bill that creates a body to enforce respect for election laws.

“Overall, the Edo State governorship election was violence-free to the relief of stakeholders who had feared that the violence-laden rhetoric of the election participants could pose a threat to peaceful elections.”

In a related development, a pro-democracy think tank, the Centre for Democracy and Development, on Monday rated the Edo State election as “relatively credible.”

A statement by the Director of CDD, Idayat Hassan; and Head (Election Analysis Centre), Prof. Adele Jinadu, described the peaceful conduct as a refreshing development.

The statement reads partly, “It (the peaceful conduct) points the way away from the degeneration that has historically been the country’s sad experience with electoral outcomes, and towards outcomes that significantly reflect the mandate of the electorate.”