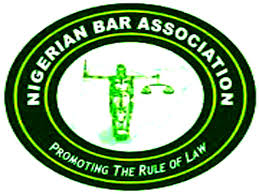 Second Vice President of the Nigerian Bar Association (NBA) Mr. Monday Ubani has warned President Muhammadu Buhari of the danger of appointing the next Chief Justice of Nigeria (CJN) from the northern part of the country.

This, he said, could further alienate Justices of the Supreme Court (JSC) of southern origin.

Ubani, who spoke Monday during the newspaper headlines analysis show of Radio Continental FM, Lagos, observed that the CJN had been appointed from the north for 29 years consecutively and that the next in rank to Onnoghen is Justice Ibrahim Tanko Muhammad from Bauchi State.

Last November 10, Buhari named Justice Walter Onnoghen, who is the most senior JSC, as acting CJN following the retirement of Justice Mahmud Mohammed at the statutory age of 70.

This followed Onnoghen’s recommendation for the post by the National Judicial Council (NJC).

However, the president has not forwarded Onnoghen’s name to the National Assembly for confirmation as required by the constitution, meaning his three-month tenure expires on February 10.

Ubani urged Buhari to confirm Onnoghen, 66, as, according to him, the president had not complained that the jurist was unqualified.

He said: “For 29 years, the CJN emerged from a particular region. It was all on merit, nobody had an issue with it.

“It eventually came to the point of a southerner producing the CJN and for the first time you now put him in an incapacity that raises eyebrows. Why? After the National Judicial Council has even gone ahead and cleared him and all that.

“Mr President, send his name to the Senate for confirmation or ratification and you said no. Okay, now, nobody has heard any reason why his name has not been sent. So, the next thing we’ll hear when his time expires is for you now to go and say, ‘Oh! There is a reason why this man, (was not confirmed) and you’ll now go ahead and put a northerner again. How do you think people from other regions will feel?

“No matter how right you are, and I agree with the issue of merit, but how do you now think that only one region will always be on merit, is more qualified than every other person when you have others also who are there? I want you all to think. Onnoghen met all the criteria, in fact he passed a rigorous process more than any other CJN.”

The former chairman of the Ikeja NBA said Buhari’s appointment of the CJN should follow the federal character principle and the southerner so appointed should be selected on merit, otherwise feathers would be ruffled.

He said: “No matter how altruistic his intentions are, meanings will be read and I’ll tell you this, collateral damage would have been done to his presidency, even for the next two or three years remaining and then for his next aspiration to be the president of this country.

“Please let him not cause collateral damage to himself and also to the northerners. We love this country and want it to be united.”

Do you get a good or bad response from
Post Views: 0