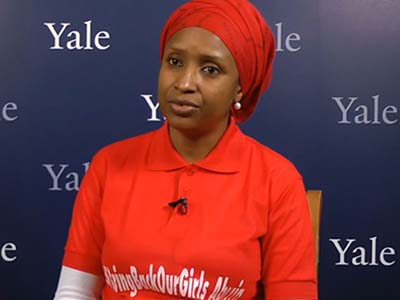 THE Nigerian Ports Authority (NPA) has given the management of oil and gas logistics firm, Intels Nigeria Limited (INTELS), three months to round up and hand over the pilotage services to the authority.

This, it was learnt, was contained in a letter sent by the NPA to the company last week.

Addressing reporters in Lagos yesterday, NPA Managing Director Ms Hadiza Bala Usman said the termination of the Pilotage Agency Agreement (PAA) and the handing over became imperative because the company has allegedly refused to comply with the Treasury Single Account (TSA) of the Federal Government.

NPA, she said, had in the last 14 months persuaded INTELS to comply with the extant law, but the company, she said, allegedly rebuked entireties made to it.

The Attorney General of the Federation (AGF) and Minister of Justice Abubakar Malami (SAN) had written to Ms Usman on September 27, directing her to terminate the boats pilotage monitoring and supervision agreement the NPA had with INTELS. The AGF said the contract violates the Constitution of the Federal Republic.

The NPA managing director, apart from saying the agreement with INTELS violates section Sections 80 (1) of the constitution, added that 28 per cent commission the company receives for the monitoring and supervision of pilotage services it handles on behalf of the agency on the nation’s territorial waters was costly.

But INTELS said the termination of the agreement was “clearly preposterous and the consequences highly injurious” to the interests of the country.

A letter signed by its director, Mr. Silvano Bellinato, said the position of NPA on the agreement may force INTELS to reconsider its multibillion dollar investment at the Badagry deep seaport in Lagos.He added that the investment has the potential of creating thousands of direct and indirect jobs for Nigerians.

INTELS gave NPA seven days from last Wednesday, to reconsider the residual critical areas of their agreement and to agree, to the possible extent, on a common solution, failing which it shall head to arbitration.

The company alleged that the NPA is indebted to it to the tune of hundreds of millions of dollars.

In a statement, FIRS said: “What we did was that our team pasted a non-compliance sticker on the company’s premises.

“Such stickers are always pasted on the premises of companies that have not been complying with the company’s tax obligations:  (Value Added  Tax  Act  Cap VI, and Companies Income Tax, CIT Cap C21, Laws of the Federation of Nigeria, 2014, & Other Tax Laws.

“The non-compliance stickers are routine. We did not seal nor close the company. INTELS is free to carry out IRS operations. It is not a distrain sticker.”

INTELS Nigeria Limited was established 25 years ago with the vision to develop an integrated logistics solution, offering a complete package of facilities and services to the oil and gas industry in Nigeria.