Tunde Bakare, serving overseer of the Latter Rain Assembly, has revealed that President Muhammadu Buhari chose him as running mate in 2011, because he wanted a vice-president who can hold the nation together if he dies in power.

Both men contested the election under the platform of the then Congress for Progressives Change (CPC), but lost to the Peoples Democratic Party (PDP).

“The day I signed that paper was the last day of submission. I carried the candidacy paper with me, but I didn’t fill. The final day, Nasir el-Rufai (current governor of Kaduna) came to my room, and said Chief Obasanjo summoned him, that if he could appoint Okonjo-Iweala and drop Bakare, he (Obasanjo) will support Buhari.

“I was so glad, I was totally relieved, I took the nomination paper and I said ‘let us go to General Buhari’s room’. He took us to his bedroom, only three of us there.

“I said Nasir el-Rufai has just come to tell me good news, President Obasanjo has spoken to IBB, has also spoken to Dangote, they will now support you if you can only substitute Ngozi Iweala and let me go.

“I said, sir, there are five reasons why you must yield to this, and he kept on looking at me… Look, many of you don’t know this man… For the ability to keep calm in the midst of storm and not say anything… to hold your peace, I need some Fulani blood. 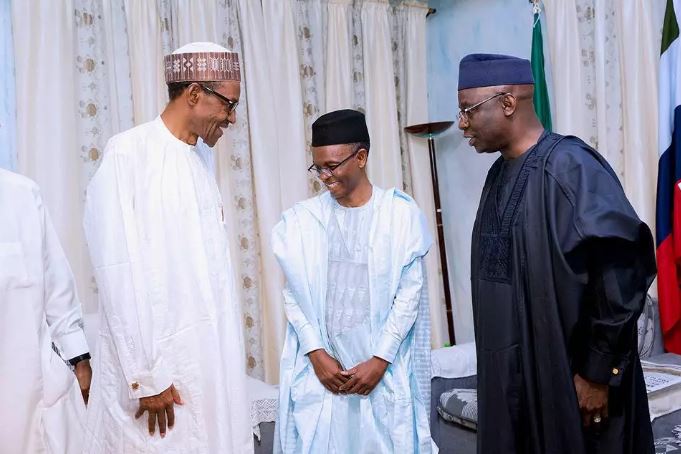 “I said five reasons why you must embrace this: ‘1. Ngozi Iweala is Delta Igbo; you have solved the problem of south-south and south-east. 2. She’s a Christian, faith balance. 3. She is a woman, gender balance. 4. She is a former minister of finance and external affairs, it is called experience, and currently, her position in the World Bank gives her global exposure, any of this five, I don’t have’.

“He looked at me, and said did Obasanjo meet with you or Nasir? I said honourable minister (el-Rufai), you speak, and he repeated all the things I’ve said. And he (Buhari) asked him, what do you think he (Obasanjo) is up to? He said ‘you know our boss, there is something up his sleeve’.

“Then he turned to me, and said Pastor Bakare I told you I have prayed my own prayer the way I know how to, and I chose you, if you don’t want, give me the form, I would look for somebody else.

“It was then Nasir said, egbon, sign it. In that room ,I signed it, and Nasir seconded it. I left the place and it was as if a burden lifted.”

Bakare said he heard the voice of God to go ahead, which strengthened him in the days ahead.
https://www.thecable.ng/bakare-buhari-told-me-he-wants-a-vp-who-can-hold-the-nation-together-if-he-dies-in-power