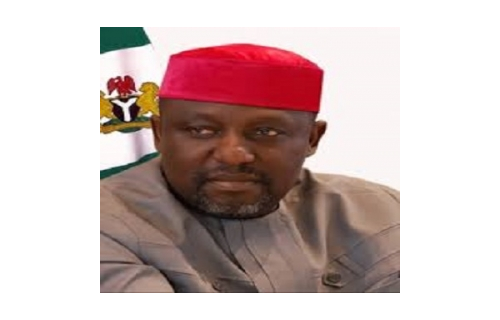 Governor Rochas Okorocha of Imo State has sued the Inspector-General of Police (IGP), Mr. Ibrahim Idris, over alleged breach of his fundamental human rights following an “invasion and ransacking” of his house in Jos, the Plateau State capital.

The governor, who filed his case before Justice Musa Kurya of the Jos Federal High Court, is demanding for N1.025 billion as general damages for the action. Joined in the suit are Commissioner of Police Plateau, the Economic and Financial Crimes Commission (EFCC) and the Attorney General of the Federation and Minister of Justice as 2nd, 3rd and 4th respondents.

Okorocha, through his counsel, Mr. Markus Saleh (SAN), had told the court that on May 3, the respondents had invaded his home in Jos and held his family members and staff hostage in a search conducted without any court warrant. He prayed the court to declare the action as “illegal, null and void” as there was no valid court warrant for such an exercise. Okorocha also prayed the court for a perpetual injunction restraining the respondents from further doing anything as such in his homes across the country

He further sought for an order declaring that only the Imo State House of Assembly had the constitutional rights and power to supervise, monitor, legislate, appropriate and demand accounting of public funds of Imo State from him.

Consequently, he asked the court to order the respondents to pay him the N1 billion as general damages and N25 million as cost of instituting the case.When the case came up for hearing yesterday, Saleh told the court that he had an amended statement of claim and further affidavit, which he intended to move as deemed duly filed and served on all the respondents. Counsel to the respondents, Mr. Wale Adesola (SAN), according to the News Agency of Nigeria (NAN), was not in court and no reason for his absence was given.

“My Lord, I am surprised that the respon dents are not in court today, even though they have been duly served with the notices and amended statement of claim and further affidavit. “I wish to move it, since they are all aware of it in accordance with the rule of this court,” he prayed the court.

The Judge, Justice Kurya, however, allowed him to move the motion after ruling on the application. Saleh asked for a date to enable the respondents to respond to his amended statement and for him to also reply after their responses. Kurya, who granted the prayers, then adjourned the case to January 24, 2019 for adoption of final written addresses by all parties in the case