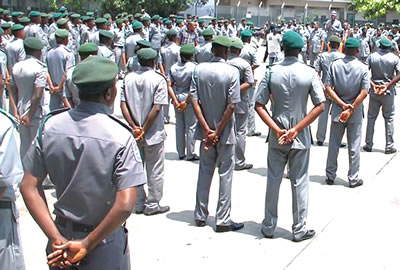 RIGHT from the inception of his administration in 2015, President Muhammadu Buhari has shown an inclination towards sectionalism in his appointments. Not a few Nigerians have warned that the president risks dividing the country if he continues to tread the path of ethnically discriminatory and lopsided appointments into federal institutions.  Sadly, more than five years in the saddle, President Buhari is still carrying on with that propensity as if nothing is amiss. He could not be bothered by the growing rumblings of discontent within the polity about the lopsidedness of his appointments in favour of the North. Neither is he swayed to have a rethink in the face of clear caution by prominent Nigerians that Nigeria is dangerously polarised under his watch because of his inequitable federal hires.  And if anyone is in doubt, the recent lopsided promotion/appointments in the Nigeria Customs Service (NSC) should remove such disbelief.

The appointments came again in typical fashion: seven senior roles, namely two Deputy Comptroller – Generals and five Assistant Comptroller- Generals all went to northern Muslims in an ethnically diverse and multi-religious country. The patently asymmetrical appointments were announced few days ago by the service’s Public Relations Officer, Joseph Attah, who claimed the appointments were made following the statutory retirement of some members of the NSC management. By implication, only officers from the North were qualified to fill the seven senior and sensitive positions in the service.  This sordid narrative is pretty much the same in the Police, Nigerian National Petroleum Corporation (NNPC), Central Bank of Nigeria (CBN) and other premium federal institutions.  The level of insensitivity to the genuine complaints of marginalisation and alienation by the other part of the country is unprecedented.

The belief in some quarters is that many states in the South would not have had representation in the federal cabinet if the appointment of at least one minister from each state of the federation were not a constitutional requirement. It is really sad and unbelievable: even the past military administrations in the country still tried to reflect national spread in federal appointments, even though they could have conveniently hidden under the cloak of their undemocratic emergence and suspension of the constitution to totally disregard ethno-religious sensitivity. The president should not have forgotten so quickly that the major cause of Nigeria’s gruelling civil war was the ethno-religious insensitivity that characterised official inter-ethnic relations then.

Unfortunately, criticisms of previous appointments that bordered on disdain for the people and the laws of the land were waived aside by the presidency as coming from misguided elements and it will be sad but not surprising if the current one is treated the same way. Is it difficult for Mr. President to understand that appointments that violate the heterogeneity of the country only stoke tension in the country? Is the presidency even bothered about the separatist agitations that lopsided appointments tend to fuel? Why is it that some well-meaning Nigerians are advocating solidity of the social structure and unity of the country, while the presidency seems to be unwittingly giving bite to the quest by some members to opt out of the union owing to its recurring, ill-conceived and unbalanced appointments?

The bitter truth is that today, the country is dangerously fractional and many have suffered a diminished sense of belonging, yet this administration is, by its unbalanced leadership recruitments into federal establishments, exacerbating the fissures in the fault lines. When confronted with the apparent absence of fairness and equity in his appointments, the president had reportedly claimed  that he would honour the constitutional requirement to appoint ministers from across the country, but people who work closely with him would be appointed based on their loyalty and trustworthiness, not their ethnicity. And by his action, the president seems to believe that aside from ministerial appointment on which the constitution makes specific provisions, other appointments need not reflect federal character. This is wrong. The Federal Character Commission (FCC) was instituted to prevent lopsided selection into federal positions and as such, if appointments do not reflect national spread, it is a breach of the law. And, is it not even self-indicting that a president in a federal state seldom finds loyal and trustworthy people to work with outside his ethnic group?

Now that it is evident that none of the president’s aides has the courage, or loves him enough, to look him in the eye and tell him that his disposition is not just weakening but also tearing the social fabric of the State,  the FCC should stand up to be counted.  The commission should inquire into and correct the anomalous situation whereby seven senior officers, all northerners, were appointed into critical positions in the NSC. The National Assembly too should intervene to stop the concentration of federal appointments in a section of the country, as such a predisposition can hardly guarantee social cohesion and patriotism, both of which the government needs to deliver socioeconomic reforms and progress.