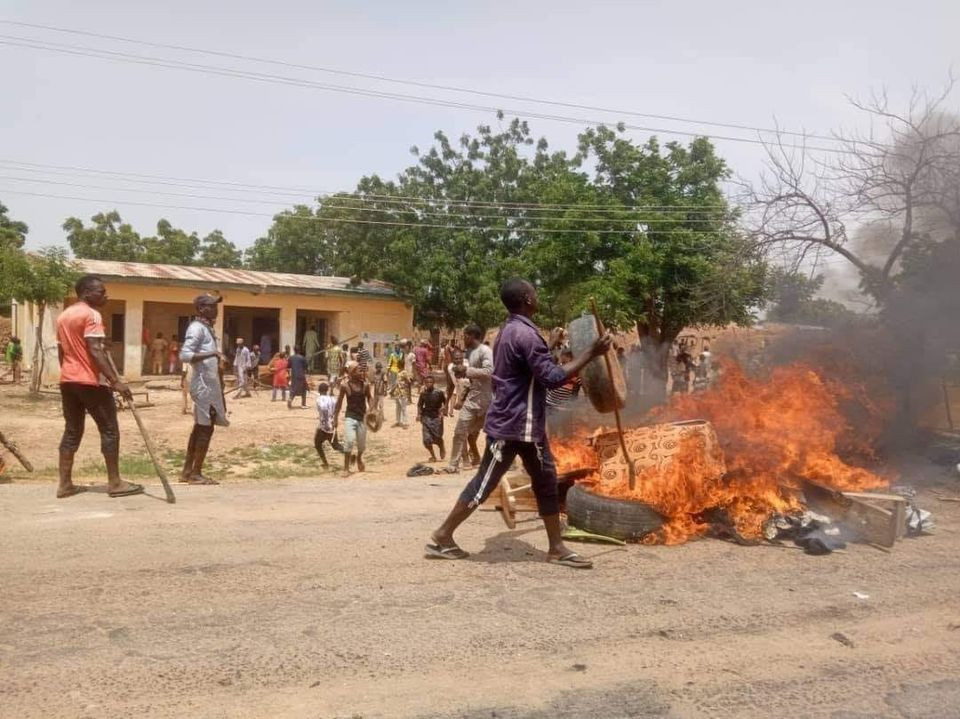 One person has been confirmed dead in a protest organized by restive youths in Daddara village in Jibia Local Government Area of Katsina state.

The aggrieved youths took to the streets to protest the inadequate security in their community that has led them to witness several attacks from bandits. The youths burnt the Police and Immigration posts in the border town.

Confirming the incident, the spokesperson of the state police command, SP Isah Gambo, said the situation has been brought under control and that 43 persons have been arrested in connection with the protest.

“The Command received a report that some group of disgruntled youths and adults mainly from Daddara village, Jibia LGA of Katsina state, came out in their numbers, tumultuously rioting and protesting.

The angry protesters were reported to have blocked the Katsina – Jibia Highway, exactly at Dadda village, smashing and destroying vehicles of security agencies and that of innocent citizens passing along the highway.

The rioters smashed and damaged the windscreen of many motor vehicles of innocent commuters passing through the highway.

Consequently, the Command swiftly deployed teams of Police mobile Force (PMF) and conventional units to the area and have succeeded in arresting forty-three (43) persons found rioting’’.

He said investigation has so far revealed the riot was purportedly sponsored by smugglers and their agents targeting joint border patrol personnel and their facilities.