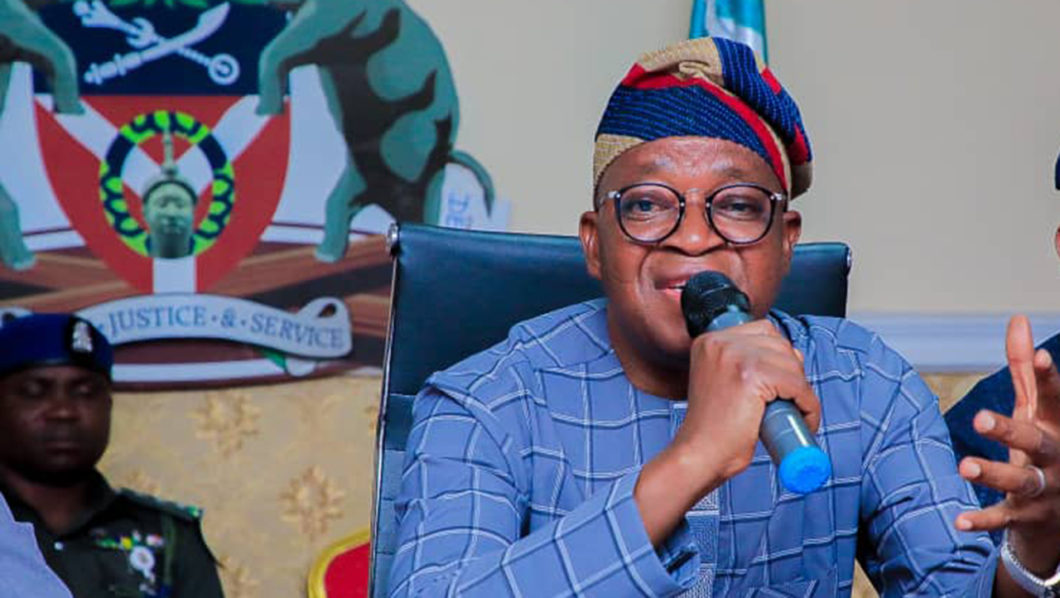 Almost nine months after he was sworn in as the governor of Osun State, Gboyega Oyetola is yet to nominate commissioners to lead the ministries in the state.

A source close to the state government told The Guardian that eight former commissioners that served under the immediate past governor Rauf Aregbesola are “supervising” the ministries they ran. Kunle Oyatomi, the All Progressives Congress spokesman in the state, also confirmed it.

“About eight of them were retained as supervisors and what they do is to relate between the government and the people in the meantime,” Oyatomi said.

Asked if the appointment of “supervisory commissioners” are constitutional, Charles Adeyemi, Senior Special Assistant to State of Osun Governor on Strategic Communications, said the necessary approvals were granted by the state’s six assembly before its end of tenure.

“Everything is in the cooperation of the state assembly,” Adeyemi said.  He, however, did not state why their names were not publicly announced.

Oyatomi further argued that there was nothing wrong in not having commissioners for a long time to administer the different ministries.

“I do not think there is anything called delay in that, the constitution of the Federal Republic of Nigeria is very clear, yes, they must have the cabinet, but I do not think it stipulate time to have it,” Oyatomi said.

Oyatomi also blamed the delay in the appointment of commissioners on the about election litigations.

Oyetola succeeded Aregbesola, also of the APC, whom he served as Chief of Staff. His closest rival Ademola Adeleke of the People’s Democratic Party challenged Oyetola’s victory in the September 28 governorship election.

Although, Adeleke secured a temporary victory at the election tribunal, an appellate and Supreme Court, however, in a subsequent rulings, cemented Oyetola’s victory.

Apart from the ligation against the governor’s victory, Oyetola’s spokesman said his principal is taking his time because he wants to run a “participatory government.”

“In the past people complain that the government are bringing people from Lagos people to Osun to govern them,” Adeyemi said.

“The appointment made so far by the governor are people that are based and grew up in Osun like myself,” he added.

He said the governor is trying the notion that he is a stooge of both his successor and that of the former governor of Lagos State Bola Tinubu.

The APC spokesman said the governor wants party members in the state’s nine federal constituency to “push forward who they want as their representative in the cabinet.”

Critics say Oyetola is only following the direction his predecessor’s way. It took Aregbesola almost a year to appoint commissioners in his first term and over two years in his second term.

A source close to the governor said Oyetola is delaying because he wants “all the party members to be rewarded and also to honour the coalition the APC had with Social Democratic Party.”

The spokesperson of the People’s Democratic Party in the state could not be reached for comments. But Akin Adeyi, a member of the party, said Oyetola’s process of his commissioners has “reduced governance to nonsense,” adding that it is part of the APC’s “deceitfulness” and “tactics” to waste time.

He said the exercise will not produce “the best heads” for the governor.

“The best will not emerge; it is a case of whoever is richer,” Adeyi said.

Adeyi further alleged that the former governor has “lorded” on Oyetola several commissioners and in an attempt to make things appear “democratic” to APC party members in Osun, Oyetola had to call for such “cumbersome process” selecting commissioners from each federal consistency in the state.