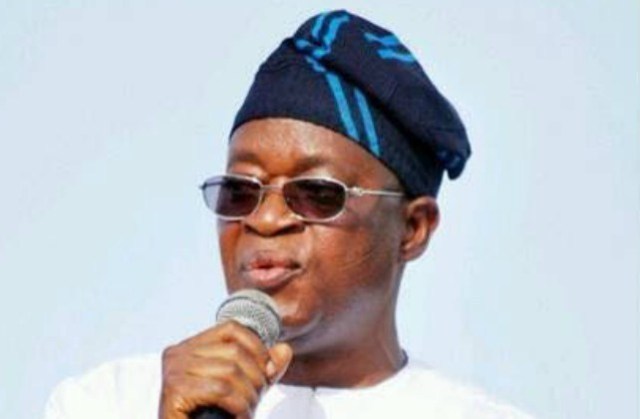 Information about the hearing date is contained in notices sent to parties by the court’s Registry, a copy of which The Nation sighted on Monday in Abuja.

The tribunal, in a split decision of two-to-one, voided the victory of Oyetola and the APC in the election held on September 22, 2018, but concluded with a rerun on September 27, 2018.

Two members of the tribunal’s three-member panel upheld the petition filed by the Peoples Democratic Party (PDP) and its candidate Senator Ademola Adeleke against the outcome of election, while its chairman dismissed it for being unmeritorious.

Justices Peter Obiorah and Adegboye Gbolagunte gave the majority decision, which replaced Oyetola and APC with Adeleke and PDP as winners of the election.

He dismissed the petition by Adeleke and PDP on the grounds that the petitioners failed to prove their claims.

In the separate notices of appeal they filed against the tribunal’s majority judgment, Oyetola and the APC ripped the judgment apart, arguing that “it is perverse, replete with contradictions and against the weight of evidence.”

The want the Court of Appeal to uphold their appeals, set aside the majority judgment and dismiss the October 16, 2018 petition by Adeleke and the PDP.

Oyetola and the APC said they were contesting the entire majority judgment, except where it held that it lacked jurisdiction to set aside the INEC Guidelines used for the election; that the allegation of over voting was not proved; that the petitioners did not prove voided votes, and other parts of the judgment where it agreed with their arguments.

They queried the validity of the judgment, which was authored and delivered by Justice Obiorah, who they noted, did not participate in all the sittings of the tribunal during trial.

The appellants are of the view that the entire of the majority judgment is a nullity, because it was written and delivered by Justice Obiorah “who did not participate in all the proceedings of the tribunal and who was not present when all the witnesses gave evidence.”

They noted that Justice Obiorah was absent on February 6, 2019  when the respondents witnesses (RWs) 12 and 13 – Ayoola Soji and Oladejo Kazeem – testified and tendered exhibits, which the tribunal admitted in evidence.

The appellants are contending that, having not attended the tribunal’s siting on February 6, 2019, Justice Obiorah did not see the two witnesses and was unable to examine their demeanour, as required, and therefore, it was unlawful for the judge to have authored a judgment in which he reviewed the evidence given by the witnesses.

In the notice of appeal filed for Oyetola by his lawyer, Wole Olanipekun (SAN), it was argued that: “The writing of and or the participation of the Honourable Justice P. C. Obiorah in the writing of the judgment of the lower tribunal of 22nd March 2019 and delivery of same, vitiates the entire judgment.”

Oyetola and the APC faulted the decision of the tribunal, in the majority judgment, to declare the rerun election unlawful and proceeded to set it aside.

They also faulted the tribunal’s finding that the respondents did not deny the claim by the petitions, through PW74, that the Returning Officer cancelled election in the seven polling units and ordered a rerun.

The appellants said: “The first and third respondents (INEC and APC), in their pleadings, did not admit that it was the Returning Officer that cancelled the result of the election in the seven polling units, but rather, that it was the 1st respondent that cancelled the election in the seven units as distinct from the units’ results.

“Indeed, as pleaded at paragraphs 24, 25, 27 and 29 of the petition, it was the 1st respondent that cancelled the election in the seven units for the reasons alleged by the petitioners.

They argued that even if it was any of the electoral officials that announced the cancellation and rerun election, in law, they acted as INEC’s agents of the first respondent (INEC).

The appellants noted that the petitioners did not only fail to tender results from the seven polling units to support their claim that election actually held in the polling units and the results were cancelled;  they also failed to exhibit the votes scored  by the parties that participated in the election, if actually their was an election.

Oyetayo and APC argued that, rather than holding against the petitioners, for not supplying the necessary evidence, the tribunal wrongly relied on the evidence of PW74, which it had earlier expunged from the record for being hearsay.