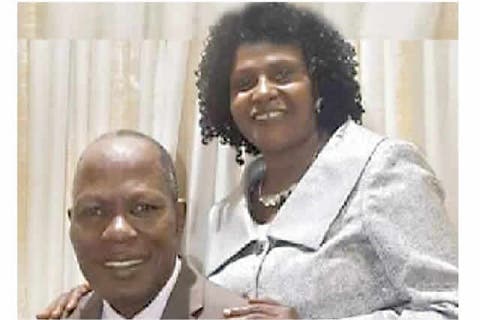 On Christmas Day, Nigerians received the disturbing news of the abduction of the Chairman, Pentecostal Fellowship of Nigeria in Kaduna State, Apostle Emmanuel Bako, and his wife, Cinty. They were released after 48 hours but not without paying N4.5m ransom, contrary to the claim by the police that the couple was rescued. In this interview with GODWIN ISENYO, the cleric talks about the experience

On December 25, 2020, Nigerians received the sad news that you and your wife were kidnapped by some gunmen. How did it happen?

I was in the house on the fateful day; I didn’t know these kidnappers were already operating on the road. They had a clash with the police but I didn’t know. I was coming out to re-park my car. So, it was later on they told me they thought that I knew about either the robbery or that attack or the firing that was going on at my gate. They said they thought I was requesting reinforcement against them or that I was trying to run away. So, as I was trying to re-park, they fired at my car directly twice. It was then that I knew that something was happening. Thank God, none of the bullets got me but I have some of the (expended) bullets with me right now. They picked me up. My wife was in the house, they went for her and we went into the bush.

Did they ransack your house?

Yes, they went into my house; saw the children but they only picked my wife. And of course, they carried some things in my house, meat and food items, in particular.

What happened after they took you into the bush?

Wow! The journey started around 7:30pm and we never stopped until around 1:00am, trekking through the bushes. I had no shoes on me. I was barefooted for the first time. We went on, non-stop, until we got far into the bush when they were also tired. We slept on bare ground and then around 5:30am, we were up again. From there we started going from one mountain to another. I think they were afraid, thinking the security people were pursuing them or the villagers would regroup against them. So, we didn’t have a particular spot. We were going from one place to another and into a thick forest. And that was how we kept journeying from 5:30am until about 11:00am and 12pm and then we rested until about 4pm. We started moving again until 8pm, and then we rested again.

Then, the issue of money came. They started asking for money and I told them that I didn’t have money. They asked me how much I could afford and I told them that I couldn’t even afford N100,000. I told them that I am just in that camp, praying and that I am not a friend of any organisation. I told them that I offer services to people. Eventually they asked me to get a contact with one of our people – anybody or they would kill me. Well, thank God, we were not moved. We were very composed. We approached them as fathers. We approached them with the love of Jesus. We just knew that it was not normal for them to be in the bushes carrying out the operation if not for the needs that they had in their lives. It was just about survival otherwise they wouldn’t do that. We told them that that they wouldn’t have done what they were doing. We told them that we had passion for them and that if we had money, we would give them. That broke them. Initially they were violent but eventually, they piped down.  They became kind and humane. They even served us, then the negotiation actually took off in the morning about paying ransom and we got in touch with one of our pastors. We never had a particular spot that we stayed. We just kept moving until we were finally released on a Sunday evening.

How did your wife manage to cope with the stress?

Sometimes, we had to slow down because my wife was tired. We crossed rivers. There was one river that we crossed that we had to pull off our dresses because it was too deep. Notwithstanding the depth, my wife was made to wade through. She was exhausted because the terrain was mountainous. We were just going round those mountains, up and down.

What is the age range of the abductors?

They are just around 18 years of age. Maybe the oldest of them should just be a little bit above 30. They are just young boys and they all spoke Fulani language, Fulfude. They only spoke Hausa with us but once they started communicating among themselves, it was in Fulfude.  They claimed that the government abandoned them. I don’t understand what they meant by saying that the government abandoned them. They said they didn’t go to school; no cows and they don’t have means of survival. I just imagine that if I were a government official, it would have been terrible for me or if they knew that I have any connection with any government official, it would have been terrible for me. But I told them that I am a citizen and that I have nothing to do with the government. And I told them that whatever they think the government is not doing for them, it was not doing for me too. We live in the same country where nobody is treated differently. And I told them if they were talking about hardship, we were all going through it together. They told me they knew me and that they knew the camp for years. I told them that if I had money, that place would have been developed a long time ago. I told them that I am not in government. But I think they wanted to pass a message to the government. I don’t really know but that was the impression and they made it very clear that they wanted to pass a message to the government. So, I don’t know what they really meant.

Were the boys violent towards you?

Honestly, they treated me with respect; maybe because I showed them love. They gave it (love) back to me. They also treated my wife with respect. Sometimes, after trekking a long distance and my wife was tired, they would say, ‘Let’s wait for Mama’. So, they were calling me Baba and calling my wife Mama.

Well, the first night there was nothing (to eat). But on the second day, they went and got bread and non-alcoholic beverage for us. There were people that supplied them with food; somebody supplied them with rice and tuwo. But we didn’t eat their food. But we took the drink, then the second time, we took anothe drink just for us to have enough energy. But we just know that it’s a network – a very neat network.

How much ransom did they demand and how much was eventually paid before you were released?

They started with N20m then came down to N15m, N10m and then N7m. Eventually, we ended at N4.5m. My people were very concerned because of our age. And when they saw blood all over the car, they were afraid that I could have been injured seriously. They didn’t want to take chances with my health. There were blood splashes in the car but God protected me so much so that no single bullet touched me.

Given the opportunity, how will you want your abductors punished?

Well, as a man of God, I have one satisfaction and fulfillment because they repented. They asked for forgiveness. They asked for prayers. For me, their souls are much more important. Also, I discovered that it is the (economic) condition they are in and they kept saying it that they wouldn’t have done it if not for the hardship they were going through, which means there is a purpose, though negative.  I think what they need is to be given attention. I don’t want to mention the government but the government has to give attention to these jobless youths that we have. Something has to be done to give them attention. It is poverty, suffering that is making them to go into what they are doing. So, for me, I think the government should do something drastically to address the joblessness and hardship that youths are going through. Definitely, there is the issue of drug abuse but the root cause is abject poverty.