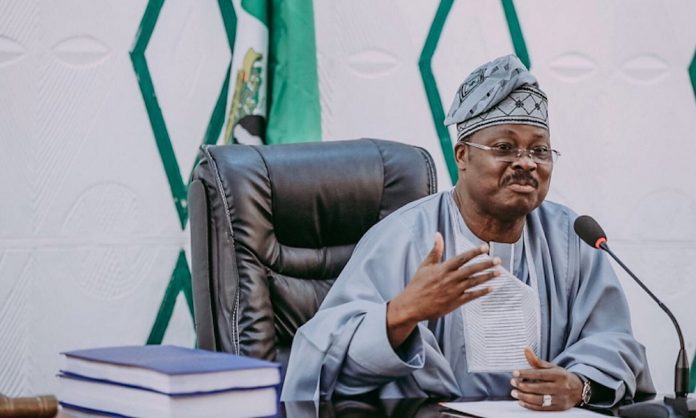 The Oyo State Government Saturday disclosed that its House of Assembly would pass grazing control bill into law before April 30 aimed at forestalling the age-long farmers-herdsmen conflict in the state.

When finally enacted, the state government revealed that any person that violates the legislation would face a two-year imprisonment and a fine of N500, 000 depending on the section breached.

The incumbent governor, Senator Abiola Ajimobi gave highlight of the bill at a stakeholders’ meeting the State Police Command organised yesterday to promote peaceful deliberation between farmers and herders in the state.

If the bill becomes effective on or before April 30, the state will join Benue and Ekiti States, among others, which have enacted anti-grazing laws to put an end to nefarious activities of Fulani herdsmen that often stoke farmers-herdsmen clashes across the federation.

At the meeting yesterday, the governor promised to ensure that grazing control bill is passed into law in the state before the 30 April to forestall the age long farmers and herders conflicts.

Ajimobi, who was represented by his Special Adviser on Community Relations, Mr. Abidemi Siyanbade, said the state government “has made a lot of progress in dousing the incessant conflict between the farmers and herders in the state.

“Before the end of this month, grazing control bill to address the issues between farmers and herders will be passed by the state House of Assembly. We will see to it that the peace committee meeting at the local government levels will be revived.

“The grazing control law will also address how cattle can be brought into the state and how herders will register. Local herders are not the problem, but the major and the imminent problem is with immigrant herders.”

Also at the meeting, the Commissioner of Police, Mr. Shina Olukolu, condemned herders’ use of minors as shepherds in absolute terms.

He said the herders “have no ability to control the animals, stating that it gives room for the animals to unwittingly stray into farmers land to wreck havoc.”

However, the Chairman of All Farmers Association of Nigeria (AFAN), Mr. Adeniji Moses lamented that the grazing control bill “has been promised since 2016 and nothing has been done about it.”

On his part, the Chairman of the Miyetti Allah Cattle Breeders Association of Nigeria, Mr. Yakubu Bello commended the state police command for organising the stakeholders’ meeting.

He stated that the way the CP addressed the issue was profound as though he was living with the cattle farmers on the farms.

According to Bello, the roots cause of the farmers-herdsmen- conflict is misunderstanding and lack of patience on the part of both parties.

The anti-grazing bill, which has been before the State House of Assembly since 2018, seeks to prohibit uncontrolled grazing of cattle across the state and put a stop to incessant clashes between farmers and herders in the state.

The bill, specifically, states in part that no herdsman “shall be permitted to carry out open grazing outside the permitted ranches.”

The bill stipulated that anyone found contravening the law would be liable to two year imprisonment with or without an option of N500,000.

It also stipulated that any herdsman or person found in possession of firearms or offensive weapons other than a stick would be liable to five years imprisonment with an option of N2 million fine.

Conflicts between farmers and herders have been rampant in some areas of the state, especially Oke Ogun and Ibarapa leading to loss of lives and destruction of farm lands.

In early February, a farmer, Tiamiyu Adeyanju, was killed in Ago Oyo while trying to stop a herdsman who had brought cattle to drink from a communal stream in the community.

Adeyanju’s family members said the injury that led to his death were inflicted by the herdsman who attacked him with a machete.

But one of the leaders of the Fulani in the community, Aliyu Usman admitted that there was a fight between the deceased and the herdsman. He, however, said he was not murdered, but was killed by a “fiery” cow.

According to him, “the man (suspected murderer) is nomadic herdsman from Ipapo near Iseyin and not a resident of the area.”