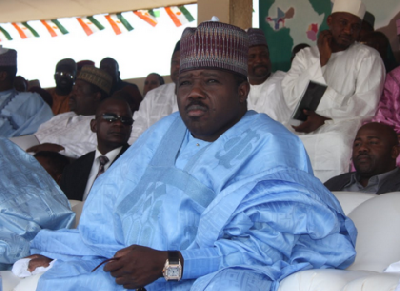 The commission yesterday confirmed receipt of the application believed to have come from supporters of Senator Ahmed Makarfi,Chairman of the Caretaker Committee of the PDP.

The Sheriff camp is kicking against the formation of the new party which it perceives as a  threat.

Some PDP members loyal to the Ahmed Makarfi camp had wondered whether it might not be better for them to abandon the  party for Sheriff and his supporters in the aftermath of the recent verdict of the Court of Appeal recognising Sheriff as the rightful chairman of the party.

The court also sacked the Caretaker Committee headed by Makarfi.

Contacted yesterday on the Advanced PDP application, INEC’s spokesman, Mr. Nick Dazang said:”The Commission has received not less than 70 applications from associations seeking registration and it is processing them.

“The association you mentioned must be one of them.”

However, Dazang did not disclose the criteria to be used or the faction’s chance of succeeding.

The Nation gathered that some members of the Makarfi faction of the PDP are trying to convince others of the need to form a new political party.

“Right from the beginning, Sheriff was a big mistake; he did eight years as governor on a party platform opposed to PDP and he has never been known for the kind of brotherly compromise that our people are expecting, “ a PDP chieftain said yesterday in Abuja.

In a telephone chat yesterday,  Dr. Ojougboh  said :”The PDP is a lawful franchise and we won’t associate with fraud.”

He asked  PDP members and the general public not to “have anything to do with the so called Advanced PDP.”

Attempts to get the reaction of the spokesman of the Ahmed Makarfi led Caretaker Committee, Prince Dayo Adeyeye proved abortive.

Our correspondent’s repeated calls to his mobile telephone line did not connect and he did not reply to the SMS message in respect of the matter.