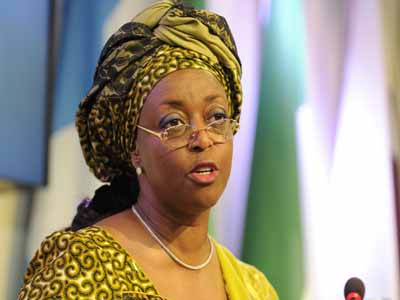 THE Federal High Court in Lagos yesterday heard that the N450 million allegedly received by a Senior Advocate of Nigeria (SAN) Mohammed Dele Belgore and former Minister of National Planning Prof. Abubakar Suleiman was brought to the bank from the Central Bank of Nigeria (CBN) in a bullion van.
The Economic and Financial Crimes Commission (EFCC) said the sum was part of $115,010,000 (about N37 billion) allegedly shared by former Petroleum Resources Minister Mrs. Diezani Alison-Madueke to different individuals in 36 states.
The first prosecution witness, Mr. Timothy Olaobaju, a banker, said among those who allegedly benefited from the money were Belgore and Suleiman, who are on trial for alleged money laundering.
Asked under cross-examination by Belgore’s lawyer, Chief Ebun Shofunde (SAN), what the denomination of the money was, the witness said: “I can’t remember vividly but I remember there were N1,000 and N500 bills.”
He said the money was offloaded from the bullion van into his bank’s loading bay, where it was manually counted.
The witness said though the bank was ready to deliver the money to Belgore and Suleiman on March 26, 2015, when it arrived from the CBN, Suleiman’s failure to release his identification card delayed the process.
He added that the transaction was captured on the Close Circuit Television (CCTV) camera mounted in the bank.
Shofunde said: “I suggest to you that none of the defendants collected one kobo out of the N450 million.”
The witness answered: “That is not true.”
Olaobaju added: “The money was counted by way of bundle counting, and they were in N1,000 and N500 denominations. The money was kept overnight and in the vaults.
“That very day, before the beneficiaries came, we had already stacked the money for them to pick. But there was a delay because the minister refused to show his identity card.
“The beneficiaries said they could not carry the money that night because it was late. It is not true that none of the beneficiaries collected a dime,” he said.
When Shofunde suggested to Olaobaju that it took two days to count the money, the witness disagreed. He said: “As a professional banker, I can count N1billion in 20 minutes.”
Shofunde then put it to him that it was different individuals who came to the bank on March 27, 2015 to sign and collect portions of the N450 million, but the witness said: “That is not true.”
The defendants objected to the tendering of a list showing they allegedly received N450 million from Mrs. Alison-Madueke.
EFCC re-arraigned Belgore and Suleiman on an amended money laundering charge in which Mrs. Alison-Madueke was included as a defendant, though “at large”.
Prosecution counsel Rotimi Oyedepo sought to tender the list, but Suleiman’s lawyer, Mr. Olatunji Ayanlaja (SAN), argued that the document did not fully comply with Section 84 of the Evidence Act.
He urged Justice Riwan Aikawa to reject it.
Belgore’s lawyer Ebun Shofunde (SAN) said the list emanated from the maker’s mail box.
“The document sought to be tendered has not met the conditions made out in Section 84 of the Evidence Act. It shows that the list was made from the mail box of nnamdi@yahoo.com.
“The certificate itself was not made by the witness. That makes it more ‘yahoo, yahoo’ and I urge your lordship to rejection same,” he said.
Oyedepo said the document substantially satisfied Section 84 of the Evidence Act, and urged the judge to admit it.
According to him, there was a certificate attached to the document, which came from the bank where the money was lodged, signed by its Chief Compliance Officer.
EFCC accused the defendants of conspiring to directly take possession of the N450 million, which they reasonably ought to have known forms part of the proceeds of an unlawful act.
The commission said they “directly took possession of the sum” and conspired to make cash payment of N450 million, which “exceeded the amount authorised by law without going through financial institution”.
Belgore and Suleiman pleaded not guilty to all the counts.
Justice Aikawa adjourned till March 23 for ruling on the list’s admissibility.