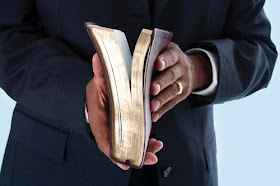 A 56-year-old pastor, Jones Nwaeze, was on Friday arraigned before an Ikeja Magistrates’ court in Lagos for allegedly chasing worshippers with sticks and threatening to burn down his church. Nwaeze, a resident of Oba Akinjobi Road, Ikeja, Lagos, is being tried for breach of peace and assault before Magistrate Mrs Y.O. Ekogbule. The prosecutor, Insp. Clement Okuoimose, said the accused committed the offences on Feb. 12 at No. 95, Tina St., Ojodu, Lagos.

He said that the accused, a pastor of Minister of Gospel of God Church, conducted himself in a manner likely to cause breach of peace by chasing away other worshipers with stick and fuel. The prosecutor said the accused invaded the church during Saturday morning prayers, disrupted the service and assaulted some of the worshipers.

He said that the security man attempted to prevent the accused from gaining access into the church premises because it was not the first time he (accused) was disrupting church service.

“He (pastor) hit the security man with a stick on the head, dragged him on the ground and the security man sustained injuries. “One of the worshippers alerted the police who rushed to the scene,” the prosecutor said. Okuoimose said the accused claimed ownership of the church saying had invested heavily on it by bringing coverts and he needed his share. The prosecutor said the offences contravened sections 166 and 171 of the Criminal Law of Lagos State, 2011.

Section 171 states that if found guilty, the accused will serve three years jail term. The accused however pleaded not guilty to the offences leveled against him. The Magistrate granted him bail in the sum of N20, 000 with two sureties in like sum and adjourned the case till March 13.for mention.