The Federal Government on Wednesday approved a $1,959,744,723.71 contract for a rail line that would link Nigeria to Niger Republic.

The approval was given at a meeting of the Federal Executive Council presided over by the President, Major General Muhammadu Buhari (retd.).

The Minister of Transportation, Rotimi Amaechi, told State House correspondents at the end of the meeting that the money approved for the development of the proposed rail line linking Kano-Dutse-Katsina-Jibia and to Maradi in Niger Republic was inclusive of Value Added Tax.

The 248-kilometre line is expected to aid the transportation of crude oil.

But the opposition Peoples Democratic Party and some  civil rights groups took a swipe at the Buhari regime, saying the project was a misplacement of priority in a country facing intractable problems of insecurity and  harsh economic conditions arising from hikes in fuel price and electricity tariff.

Besides the rail project, Amaechi disclosed  the council also approved the award of contract worth N3.049bn for the design, manufacture, supply, testing and inauguration  of one railway crane for the purposes of clearing rail tracks during accidents.

The minister said, “The first approval for our ministry is the award of contract for the design, manufacture, supply, testing and inauguration of one railway crane of 150-ton capacity for emergency and recovery of rolling stocks. 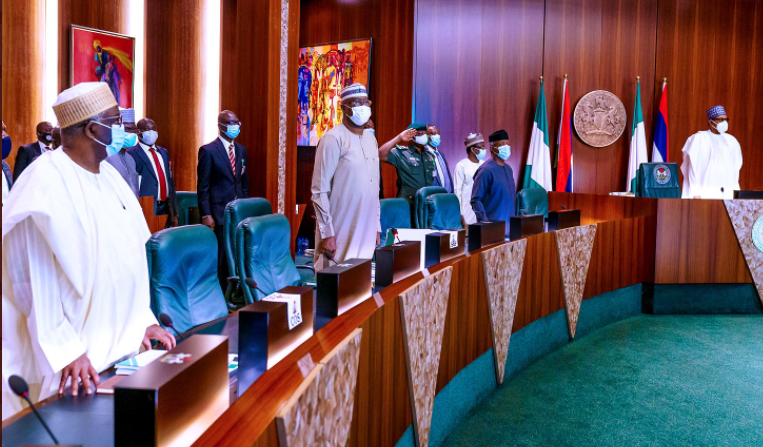 “The second one is the award of contract for the development of the proposed Kano-Katsina-Jibia to Matadi rail line in Niger Republic and to Dutse, the capital of Jigawa, for a total cost of $1,959,744,723.71, inclusive of 7.5% VAT.”

The minister said the approval brought the total number of forensic auditors engaged for the commission to 16.

He explained that they would be working with the lead forensic auditor in nine states of the Niger Delta which he said had been divided into 16 lots.

“The council also considered and approved the need to attach relevant investigative security agencies to each of the team to ensure transparency and also to be sure that whatever comes out is acceptable to not just in Nigeria but to the international community,” the minister added.

The Minister of Works and Housing, Babatunde Fashola, said the council approved N12.088bn for the construction of Section II of the Ohafia-Arochukwu Road.

“This section comprises Umuahia/Bende/Ohafia Road in Abia State and it was approved for the construction at N12.088bn comprising a distance of 45 kilometres to complement Section I which was previously awarded in 2018, that is the section from Bende/Arochukwu to Ohafia which is 19.27 kilometres,” he said.

The Minister of Information and Culture, Lai Mohammed, said the council approved the augmentation of the contract for the construction of the Petroleum Technology Development Fund’s headquarters in Abuja in the sum of N3.773bn, therefore raising the initial approval for the contract to about N14bn.

Mohammed added that FEC also approved the procurement of 1,800 units of laptop computers for three Nigeria Customs Service’s training schools at the cost of N351,540,000.

He disclosed that the council also approved N197million for the expansion of the NCS’  cash management’s software in compliance with International Public Sector Accounting Standards.

He said the software, when installed, would enhance the efficiency of the Department of Customs.

The Minister of Interior, Rauf Aregbesola, said FEC approved the contract for the procurement of 52 Green Maria vehicles for the Nigeria Correctional Service.

He said the vehicles would complement the about 451 already acquired between 2016 and 2019. The minister did not disclose the cost of the contract.

Buhari’s regime has never got his priorities right – PDP

The Federal Government’s decision to approve $1.96bn for the construction of a rail line linking Nigeria to  Niger Republic attracted criticisms on Wednesday.

The PDP described the  decision as another proof of the misplacement of priorities  by the President.

The National Publicity Secretary of the PDP, Kola Ologbindiyan,    in a telephone interview with The PUNCH, in Abuja, stated,  “The problem of this regime is that it has  never  got its  priorities  right and at the end of the day, Nigerians are the ones who suffer from these poor choices by these people.

“Let’s even look at it from the point of view of the economy. What is the economic benefit of this project to Nigeria. The Nigerian economy,  as it is today, is not in a state to contain this kind of wasteful spending.”

Attempts to get a response from the spokesperson for  the All Progressives Congress, Yekini Nabena were unsuccessful. Calls to his mobile telephone indicated the he was unreachable. A response to a text message sent to him was still being awaited as of the time of filing this report. 8:11pm.

But  a former President of the Committee for the Defence of Human Rights, Malachy Ugwummadu, said the project was a misplacement of   priority.

In an interview with one of our correspondents, Ugwummadu  said, “It is a misplacement of priority  and insensitivity to the needs and plight of the people by  a government that faces imminent and impending strike action by the organised labour centres and civil society partners in response to their illegal and obnoxious increases in the prices of petroleum commodities, the hike in electricity tariff and VAT, all within the devastating COVID-19 period.”

The  Convener of the Concerned Nigerians Group, Deji Adeyanju, told The PUNCH, that the project was meant to loot the resources of Nigeria.

Adding that the project was not economically viable he asked, “What is the Kaduna-Abuja rail project  generating?  Imagine  we take a loan from China to construct rail line that passes through Katsina State to another country; for what purpose?

“Lagos that  has been battling gridlock for many years. Imagine what would happen if there isan  intra-city rail. You can imagine its impact and monthly billions it will generate.”