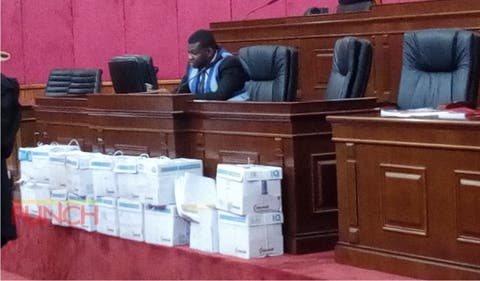 The Peoples Democratic Party and its presidential candidate, Atiku Abubakar, on Friday rested their case after calling only 62 out of the 400 they had proposed to call to prove their petition challenging President Muhammadu Buhari’s victory at the February 23, 2019 election.

The petitioners’ lawyer, Chief Chris Uche (SAN), announced the close of their case after the 62nd petitioners’ witness, Osita Chidoka, testified on Friday.

Chidoka, a former Minister of Aviation and the Peoples Democratic Party’s collation agent at the National Collation Centre for the presidential election.

He also headed the party’s situation room set up for the election.

The five-man tribunal led by Justice Mohammed Garba adjourned till July 29 for the 1st respondent, the Independent National Electoral Commission to open its defence.