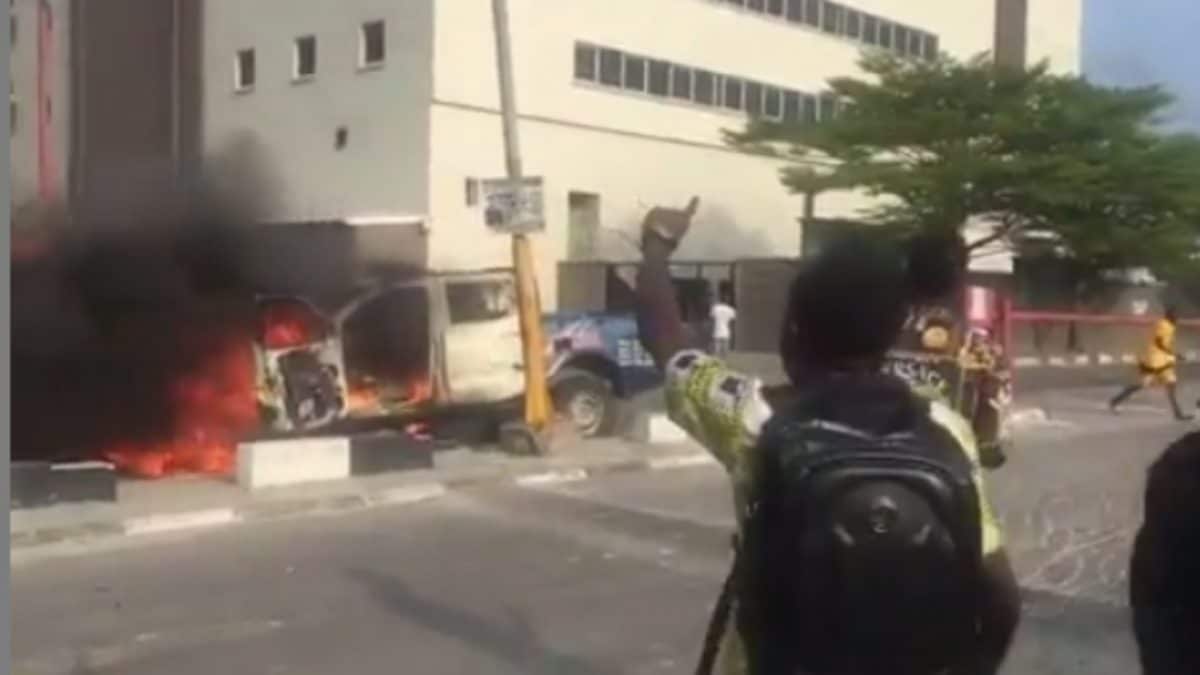 A protester have been shot dead by Police operatives at the Circle Mall, Jakande in the Lekki area of Lagos State over the xenophobic attacks in South Africa.

An angry mob also set a police van ablaze by the had stormed the mall.

A video viral video showed residents with the lifeless body on the floor as gunshots rent the air.

An actress, Belindah Effah, who was caught in the fracas, claimed that hoodlums had hijacked the protest.

She added that the men had been attacking motorists and called for government’s help.

“As I was about to run out, the boys carrying machetes and stones told me it’s not me they are after, they are looking for South Africans to kill.

“These same boys vandalised some cars. I saw one of them stone a car and broke the windshield.

“After a while, they came to our car and asked for some money. They have blocked the Jakande Road and passengers are so afraid. Government please come to our aid,” she wrote on Twitter.