The Presidency on Thursday said President Muhammadu Buhari would not fight the Emir of Kano, Alhaji Mohammadu Sanusi, over his Wednesday’s criticism of the present administration.

Sanusi had said the Buhari-led administration might end up like the immediate past President Goodluck Jonathan’s administration if it failed to retrace its steps on some policies.

The traditional ruler, who was the chairman of the 15th meeting of the Joint Planning Board and National Council on Development Planning in Kano State, had argued that the failure of the Buhari-led government to create employment opportunities for “the over 80 million youths in the country,” made terrorism attractive to the unemployed.
But in an interview with our correspondent on Thursday, the Senior Special Assistant to the President on Media and Publicity, Garba Shehu, said criticism such as the one made by the first-class traditional ruler was healthy for democracy.

Rather than fighting the Emir, Shehu said Buhari’s government would listen and act on the criticism.
The presidential spokesman said, “This government will not fight people for criticising the present administration led by President Buhari. This kind of criticism is healthy for our democracy. One cannot get better without being criticised. I can assure you that this government is listening.”

Meanwhile, Buhari on Thursday met behind closed doors with the Governor of the Central Bank of Nigeria, Mr. Godwin Emefiele, in what was believed to be a fallout of Sanusi’s criticism of Buhari.

A Presidency source told our correspondent that the CBN would respond appropriately to Sanusi’s comment.

He said the CBN boss could have used the opportunity of the meeting with the President to get approval to reply Sanusi.

The monarch, who titled his speech, “Nigeria in search of new growth model,” had said some policies of the government were bad for the economy, adding that Buhari must retrace his steps.

He noted that there were times when the Federal Government tried to get it right, adding that it failed to follow up, which contributed to the ongoing economic downturn.

He said, ‘‘I will neither change nor be political by telling people what they want to hear. The truth is that there is nothing we are facing today that we did not know would happen. We made mistakes, many of them deliberate; we ignored every single warning.

“If you take a brand-new car and hand it over to a driver who doesn’t have a licence to drive it and you are involved in an accident, you can’t say you are surprised, unless you are some kind of an idiot.

“They must retrace their steps. They have to retrace those steps all the way. We should not fall into the same trap we fell the last time when the government was always right. The bottom line is that if your policy is wrong, it means you must change it and nothing will make it right as it has to be changed.

“If this government continues to behave the way the last government behaved, it will end up where Jonathan ended.” 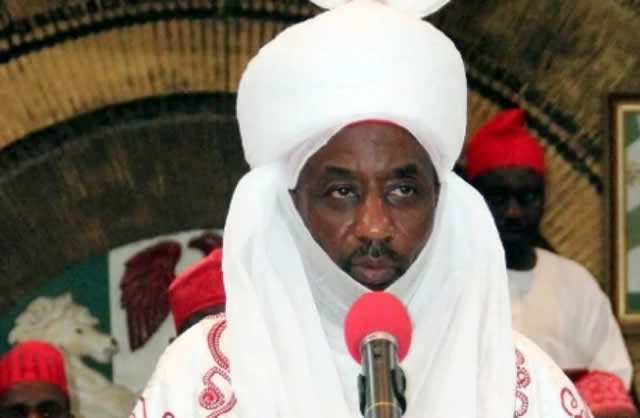