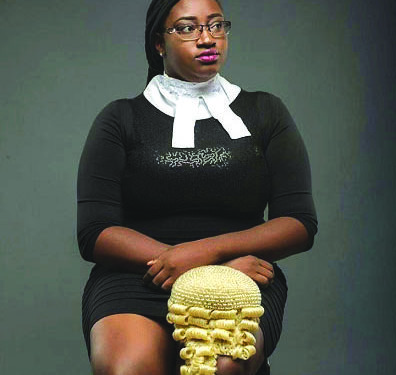 A BANK manager has been abducted by gunmen in Effurun near Warri, Delta State.

In Rivers State, a lawyer was also kidnapped.

The Nation learnt that the bank manager was waylaid and abducted yesterday morning on his way to his office near the popular Urhobo College, Effurun.

The armed hoodlums were said to have shot into the air before whisking him away.

Commissioner of Police, Hafiz Inuwa said his men were on top of the situation.

“I heard about it. The Police are doing their best to get the victim released unhurt with a view to arresting anyone connected with the crime,” he said.

Police also confirmed the abduction of a female lawyer Abisola Ajayi,  25, in Port Harcourt, the state capital, on Sunday night.

Ajayi was kidnapped from her family residence in Rumukwurusi community of Obio/Akpor Local Government Area of the state.

Police spokesman Nnamdi Omoni confirmed  the incident, assuring yesterday that measures were being taken to ensure her release.

Sources said some of the gunmen wore military uniform, and took the lawyer away in a white Toyota Venza  car, in the presence of her mother.

The Nation gathered that effort by the mother to stop the desperate invaders from taking away the young woman, who was equally struggling to free herself from the men, earned her a painful blow to the eyes.

The lawyer, fondly called Paulette, graduated from the university of Lagos and was called to bar about three years ago.

President of the Nigerian Bar Association (NBA), Olumide Akpata, has set up a task force to secure Ajayi’s release.

Akpata, who made the disclosure in a series of tweets on his handle, said he had also spoken to Rivers State Governor Nyesom Wike, his Attorney-General of Rivers State as well as the Police Command in the state to request their assistance for Ajayi’s safe return.

Akpata said: “Last night (Sunday), I received reports that Paulette Bisola Ajayi, a lawyer and daughter of Ngozi Ajayi (also a lawyer) was abducted by at least four gunmen dressed in combat fatigues and dark T-shirts in front of her home in Rumukurushi PH, as she was waiting for her gate to be opened.

“I have also set up a task force to collaborate with the relevant authorities and do all that is possible to see to Bisola’s speedy release. She will also remain in our prayers.”

The Nation gathered that the task force is headed by NBA 1st Vice-President, John Aikpokpo-Martins.