The head of the label, Pastor Leke Adeboye, who is the son of RCCG General Overseer revealed that the vision is to give artistes opportunity to praise God through their talents. 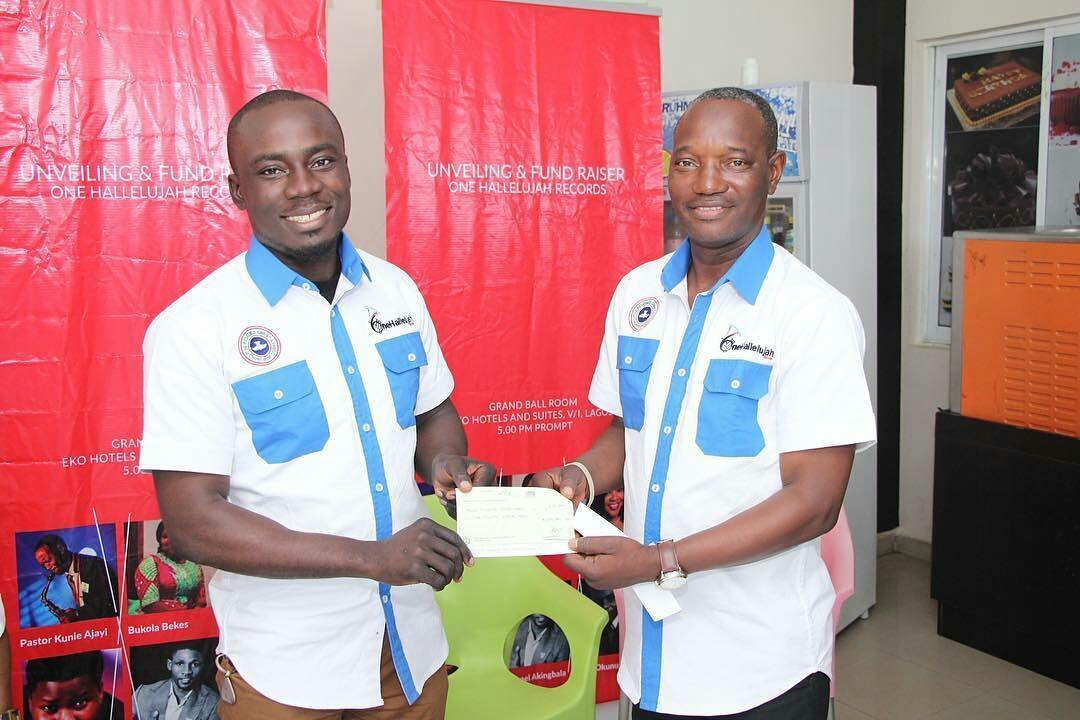 _ “The aim is to create a platform that preaches words of God through music. That is why the G. O. established the label”, Leke Adeboye said.

One of the artistes signed on the label, Pastor Kunle Ajayi, a renowned saxophonist star artiste added that the O. H. R. is not in the entertainment industry to compete with anybody but to inspire souls that want to praise God.

_ “We are here to appreciate talents and inspire them to disseminate words of God to people at large musically. In as much as there is no one investing into the entertainment to establish Gospel records label and sign on gospel artistes, E.A Adeboye has promised to do that in order to encourage artistes who are very talented”, he said.

One Million Naira cheque was, however, given to artistes signed under the label on Thursday 3rd August 2017 at Redemption Camp Headquarters,
Kilometre 46, Lagos/Ibadan Expressway, Ogun State.

We gathered that the artistes signed were Sister Obamike Adeyemi, Tosin Bee, Rebecca Okolo, Femi Okunuga, Michael Akingbaya and James Okon. Others were Moses Onafinjana and Funke who is currently in the United States of America.

Nevertheless, the artistes will kick off their musical tour to the United States of America and Europe very soon. But they will first tour South-West and South-East zones any moment from now after their singles must
have been released.