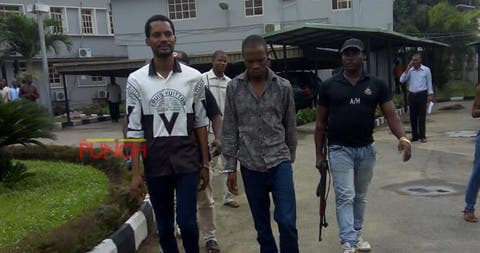 The Federal High Court in Lagos has fixed October 6 to hear no-case submissions in the case of a former Lagos socialite, Olajide Kareem, alias Seun Egbegbe, who is answering charges for a series of alleged frauds.

Egbegbe, a Nollywood film-maker, was accused of scamming no fewer than 30 Bureau De Change operators in Lagos of various sums both in local and foreign currencies between 2015 and 2017.

He was first arraigned before Justice Oluremi Oguntoyinbo in February 2017.

The former socialite, known for lavish spending at parties, has been in the prison custody since then, as he was unable to meet the N5m bail granted him by the court.

The police had assembled no fewer than 30 BDC operators to testify in the case.

Following the close of the prosecution’s case, all the defendants, except Egbegbe, who is having difficulty paying legal fees, filed no-case submissions.

They contended that the police prosecutor, Innocent Anyigor, failed to establish a prima facie case or prove the charges against them.

They are praying the court to dismiss the charges and set them free.

But their no-case submissions have been opposed by the police.