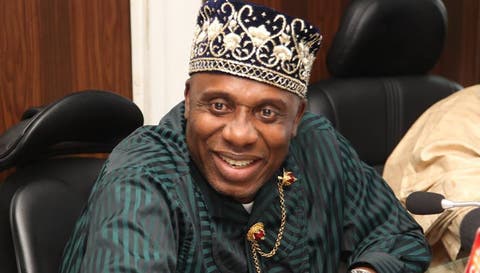 Two chieftains of the All Progressives Congress in Rivers State, Igo Aguma and Livingstone Nweche, have resigned their membership of the party.

Their decision came after the Supreme Court on Friday upheld the decision of the Court of Appeal, which nullified Aguma’s emergence as the acting Chairman of the APC in the state.

But announcing his exit from the APC on Friday, in  a statement he personally signed, Aguma said, “It is now clear that it is not within the purview of the court to protect the rights and privileges of members of a political party, in this case, the APC. It is the APC that should protect the rights of her members but has failed to do so.

“I cannot continue to be a member of a political party that endangers and does not give any form of protection to the rights of its members and has no respect whatsoever for its own constitution but chooses to be run against democratic principles for self-destructive purposes.

“Therefore, I announce my exit from the All Progressives Congress immediately. To God be the glory.”

On his part, Nwuche, in a separate statement, said, “I respect the Supreme Court judgment, which today dismissed the appeal challenging the Court of Appeal decision, which overturned the high court judgment that declared Rt. Hon.  Igo Aguma the acting Chairman of APC in Rivers State.

“It has been a long battle for internal democracy in the Rivers State APC. However, the status quo is unsafe for my political struggle and future which I must sustain for the good of my fatherland.

“I cannot continue to be a member of a political party where asking questions is a death and a party that sabotages and trades mindlessly and selfishly with the rights of its members.

“Therefore, I announce my exit from the All Progressives Congress immediately. This is my decision.”

A five-man panel of the Supreme Court, led by Justice Amina Augie, had in a unanimous judgment dismissed Aguma’s appeal.

The apex court held that intra-party affairs are the business of the party and not that of the court.