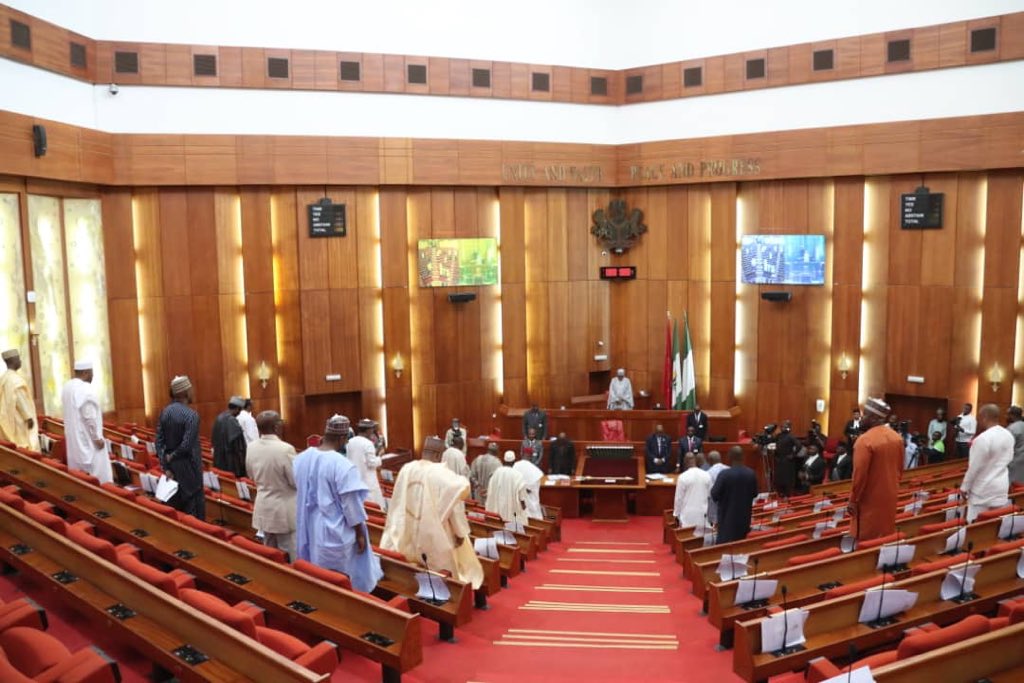 Barely three weeks to the election of the presiding officers of the ninth National Assembly, signs of discord that could mar the entire exercise at the Senate as well as the inauguration of the lawmakers have emerged.

Senators from the camps of the two most prominent candidates for the position of Senate president are now locked in exchange of threats and counter-threats of violence.

The source of contention is the method of voting to be adopted for the election.

The current Senate standing rule, copies of which have already been distributed to all the senators-elect, dictates that the method of voting shall be by secret balloting.

In compliance with the subsisting rule, an All Progressives Congress (APC) senator-elect, who is loyal to the camp of one of the two prominent candidates, Alli Ndume, warned during an interaction with journalists that the management must sustain the secret voting method as provided in the current Senate standing rule to avoid any violent clash on the inauguration day.

The senator-elect, who spoke on condition of anonymity said: “Members of the Ahmed Lawan group are jittery that their candidate would not win if the management should adopt the current rule book to conduct the election.”

But another APC lawmaker, who has been re-elected from one of the states in the southern part of the country, boasted to journalists that unless the open balloting method is adopted for the election, there would be serious problems that could truncate the inauguration of the ninth National Assembly.

He said: “We are going to adopt the open ballot system because that is the standard practice all over the world. The 2015 rule book which made provisions for the secret ballot was forged, we must revert to and use the 2011 version.

“I cannot guarantee that the event would be peaceful if the management succumbed to the pressure of the current presiding officers of the eight National Assembly by conducting the election through a secret ballot arrangement.”

Just last Tuesday, the Clerk to the National Assembly, Mohammed Ataba Sani Omolori, was invited to the headquarters of the Economic and Financial Crimes Commission (EFCC) to answer questions relating to, among others, method of voting to elect the Senate president.

Other officials of the National Assembly, including the Senate and House of Representatives clerks had subsequently been invited to the EFCC headquarters over similar issues.

The Lawan campaign team denied putting pressure on officials of the EFCC to harass the National Assembly officials.

Abdullahi stated: “This is news to me. I am just hearing that officials of the National Assembly were invited by the EFCC. But what I can tell you is that we are not aware and we have no hand in what is being alleged that we are using EFCC to harass them to change the rule for us or to harass our colleagues. We have been working and our contact and mobilisation committee has reached out to our colleagues.”

The pro-Lawan lawmaker who said his camp had no reason to harass anyone or do anything to scuttle the inauguration, stated: “We are solidly on ground and working round the clock to deliver our candidate on the day of inauguration. This is our preoccupation and whatever you have been told is not true.

“I know that I am part of the outgoing Senate. To be frank, there were so many things we didn’t do right. So, our plan is to ensure that Lawan’s presidency improves on that. These are the issues.”

Sabi expressed optimism that Lawan would emerged victorious as Senate president at the end of the election.

“With what we have done, on that day of inauguration, by the grace of God, we shall carry the day and Lawan will emerge as President of the 9th Senate. No cause for alarm my brother. We are marching forward.”

Just recently, a high-ranking Peoples Democratic Party (PDP) senator and principal officer was invited by the EFCC and would have been kept behind the bars until after the inauguration, but for the timely intervention of a strong member of the APC who signed his bail conditions.

“The principal officer was actually invited over the same case that he had earlier defended before the EFCC. He later alleged that his ordeal was equally related to his stand against one of the candidates vying for the post of Senate president,” a source said.