Alhaja Sidikat Folarin, 98, who passed on to the world beyond last Thursday, was laid to rest Friday, according to Islamic r 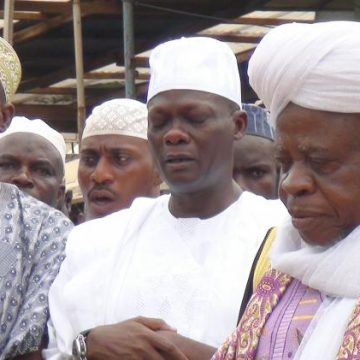 The Olubadan of Ibadan, represented by Chief Lekan Balogun, advised the Folarins to remain strong and sustain the enduring legacy of their mother. Another representative of the monarch, Chief (Mrs) Abosede Abiodun, also admonished the children to love themselves and avoid division.

While leading the prayers at the event, the Chief Imam of Ibadanland, Alhaji Abdulganiyu Agbotomokekere, said that “death is inevitable”, he therefore implored people present to make an impact in the world while they can. Senator Folarin is sad, but his mother is happy as she has gone to rest.”